On November 17, a small update for the Battle Pass 2022 was released in Dota 2. Along with it, an arcana for Razor appeared in the game.

An exclusive item will be a reward for owners of the Battle Pass level 383. This is the only way to get the Arcana, as once the Battle Pass expires, the item cannot be purchased from the marketplace or exchanged.

Razor returns to the origins of his origins with the help of the power bestowed by the void, which will destroy the mysterious connection between the lightning ghost and the hidden masters of the Narrow Labyrinth. And only retribution can pacify Razor's wrath.

Razor Arcana, like all items of this rarity, significantly changes the appearance and animations of the item. When you equip an item, you get:

Among other things, Voidstorm Asylum has an alternate style that changes the color scheme from purple to green. To unlock it, you need to kill 500 enemies while under the Static Link buff for 100+ damage. One kill earns 1 unlock point, and a total of 8 points can be obtained per match.

Earlier, on the night of November 9, an update to the Battle Pass was released in Dota 2. With the patch, the game now has the ability to vote for sets that will be included in the new Diretide 2022 Collector's Cache.

Collector's Cache is a special treasure that appears in the game for the period of the Battle Pass. The previous Collectors Cache was released with the Aghanim's Battle Pass. Then 18 sets fell into the chest: 15 commons, 1 rare, 1 super rare, and 1 extremely rare.

CS:GO
Team
John Dow
Lineup changes in Astralis Talent
It's pretty interesting, what the future holds for Victor "vigg0" Bisgaard, and which team he will play. He was in Astralis Talent for 624 days, it was his first and only team. What team or organization do you think would believe in this guy and invite him to join? And what team would you like to see an ex-Astralis Talent player?
Comment
September 25, 2022 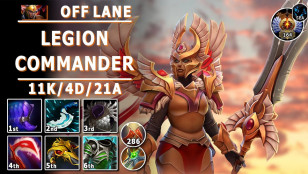 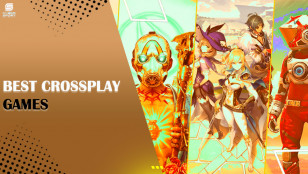 General
Updates
John Dow
BEST CROSSPLAY GAMES: TOP PAID AND FREE CROSS-PLATFORM GAMES YOU SHOULD PLAY
Comment
January 29, 2023
CS:GO
Matches
John Dow
Team Spirit vs. Cloud9: match for "Legends" stage
Were the Dragons able to jump over the Сlouds? Is Sh1ro in the highlights again? Find out all about this in our article. Three incredible maps with an unexpected ending. Cloud9 weren`t ready for their pick, or even ready at all. What do you think is the issue: the coaching staff or the players' mood? Looking at Spirit, there is no particular surprise in their game. Not their best match recently.
Comment
November 19, 2022
Dota 2
Cosplay Feed
John Dow
Unreal Enchantress cosplay
Aiushtha hears the pleas of the small creatures, the furtive folk who need green shade and a leafy canopy to thrive. She lends her ears to those who have no other listeners.
Comment
October 09, 2022 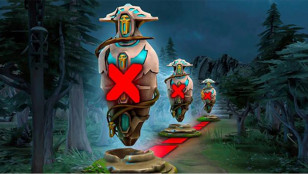 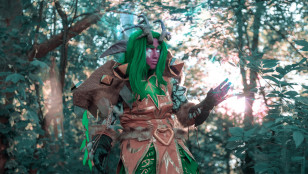