John Dow
Author CyberSport.io
5 min read
Howdy! Hope you are all safe and sound and we continue our Dota science. Pudge is the most popular hero in Dota 2 for all eternal time, and he was picked 899,866,999 times. I reckon that every Dota player has played this hero at least once. Moreover, he regularly appears in memes and closely associated with Dendi and his incredible TI-3 “underfountain” hooks. Players usually choose Pudge pos-4/5, but today we are considering him for the pos-1 role from Yatoro. 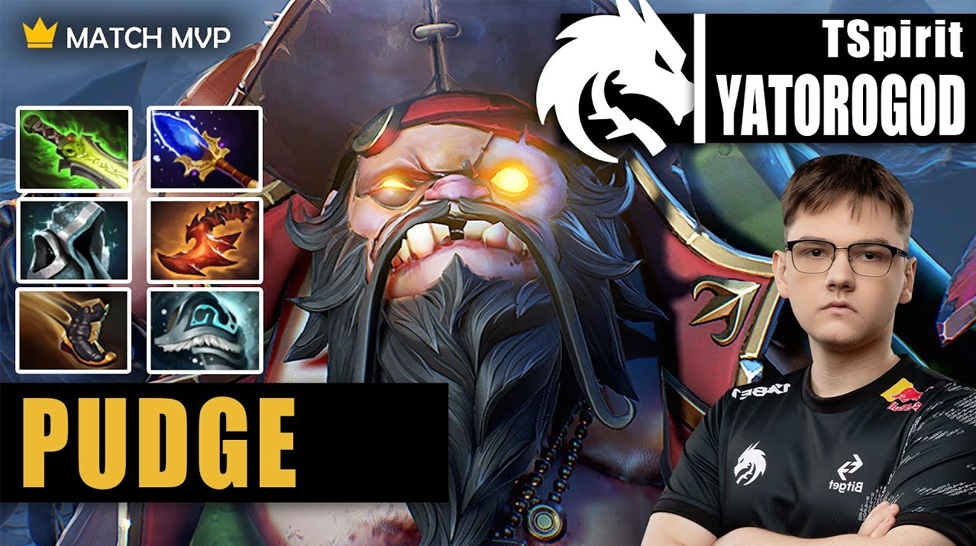 Initially, Yatoro buys 3 Tango or just Faerie Fire, Magic Stick, Gauntlets of Strength, Iron Branch, and Quelling Blade. After this, he takes a Ring of Health. According to the situation, if the enemy heroes have a lot of magic damage, you need to upgrade it to Hood of Defiance, if the opposite, improve to Vanguard. Then, Yatoro buys a Soul Ring and Phase Boots, also you can buy a Magic Wand.

Abilities set up and talents

Of course, Meat Hook level 1 “must have”.  You can try to hook somebody on runes, body block him, or use a stun of your teammate and make FB. Then max Rot or Flesh Heap, especially if you stay against spam heroes like Sky Mage, Viper. Level 3-5 2x Rot, level 6 Dismember, level 7-9 Flesh Heap or Rot (in case of active game and fights). Going forward, we're just improving Hook and Dismember. Usually, Yatoro chooses the left talent branch (active participation in battles) and rarely the right talent (if you have low survivability).

During the first 4-6 mins, Yatoro actively harasses opponents, easily last hit creeps by Rot and due to Quelling Blade. If the enemies are around half hp, Yatoro will usually try to kill them by walking right up to them using Rot and Hook. It's not a difficult task, especially if you have Winter Wyvern, Silencer, or Lion that have skills with movement slow effect. You should get as many kills as you can because it gives a nice boost to your strength due to Flash Heap ability. After getting ultimate, Yatoro starts to farm a jungle, using a reworked Rot+FH combination. That’s how he got AgS at min 14-15. 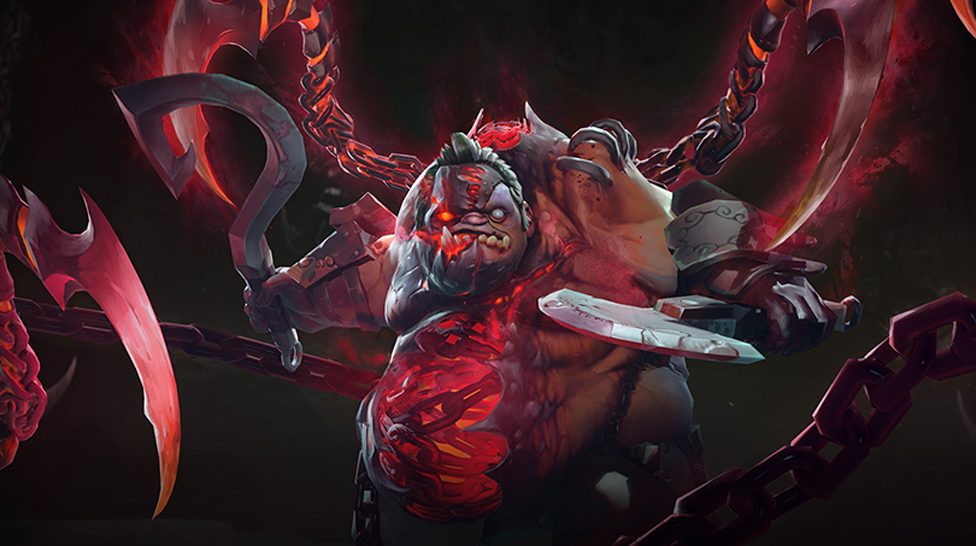 Foremost, Yatoro purchases Aghanim's Scepter, which boosts Rot to 475 of radius, 220 damage per second (max lvl), 48% move speed low (max lvl), and causes it to reduce enemy health regen to 25%. You should get it before 18 minutes. Next step, Yatoro upgrades Hood of Defiance to Eternal Shroud, which stacks up with talent on 10% Spell Lifesteal. If you bought Vanguard, you have to disassemble it and repick Hood or Heart of Tarrasque. Blink Dagger is the icing on the cake, which gives the opportunity to break into fights.

Then, you have 3 development paths in the late game. You can buy Lotus Orb or Linken's Sphere for blocking targeted spells and get stats or take Black King Bar in the case of many untargeted magic spells on the opposing team; however, BKB was nerfed. Yatoro prefers way 2 to avoid noisy spells that can slow his fight potential. Then Yatoro upgrades Blink to Overwhelming Blink. In addition, you can buy Aghanim's Shard to save your partners.

At 20-25 minutes, Yatoro often calls mates to kill Roshan Pudge and take Aegis of the Immortal. Then immediately, he occupies the enemy's jungle near Roshan Pit and pushes opponents to face the team fight.

Eventually, we understand that Pudge is meant to be very active and not for everyone; furthermore, he has a significant build variation. That’s why Pudge is a meta-hero in the current Major.