John Dow
Author CyberSport.io
6 min read
The old grandma already had a massive pile of damage. Moreover, what is the significance of Snapfire in general? What is better to max first? It is Scatterblast for last-hitting creeps, “Cookie” stun control, and reliable damage from Lil Shredder. 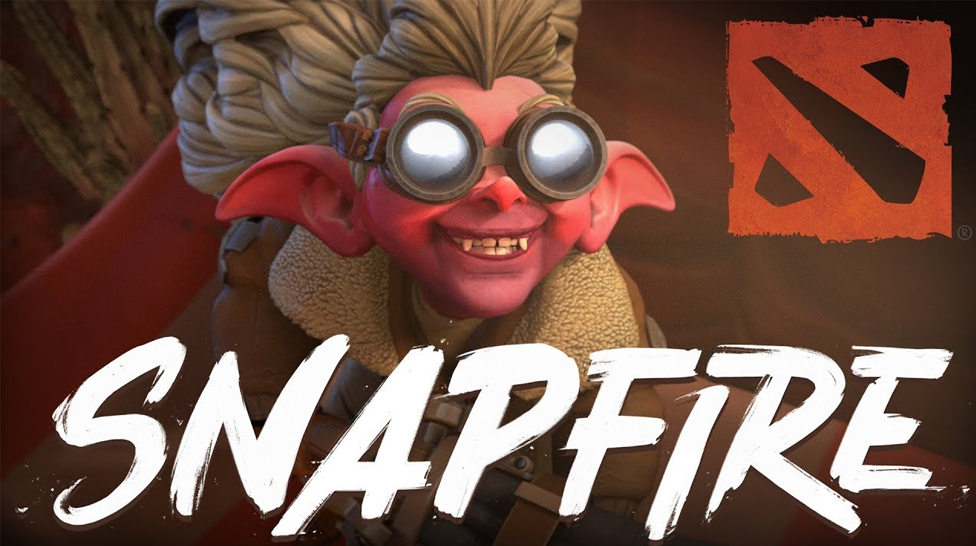 Snapfire is usually taken in competitive Dota. You got it! Snapfire is a great pos-4 hero. However, the hero hardly dilutes the picks with a small number of stuns and massive ults. If you know how to play Snap, then, along with other tempo heroes, she and her team quickly gain an advantage.

This personage is vital in any fight and can attack both at a distance and in the epicenter of the fight. Let's figure out what to do with this hero. Cyber-sport.io describes a complete guide on this char, with the help of which you will better know the strengths and weaknesses of this hero.

Snapfire has a reasonable margin of safety at level one and an enormous strength rate. Hero requires almost no items for stats since he gains a sufficient supply of HP with increasing levels. In addition, personage holds strong damage nukes, which makes her a dangerous lane opponent. She can deal with a lot of both magical and physical damage. Snap also possesses AoE abilities and good initiation. At the same time, Scatterblast and Mortimer Kisses give extra vision, and Firesnap Cookie gives a 2 seconds stun.

It's an inside-out magical damage hero. Only one Snap’s skill (Lil' Shredder) works through magic immunity. All other abilities are useless against heroes with Black King Bar. So, Snap can’t stand versus Lifestealer, Juggernaut, or Ursa, and it’s the same as kicking a dead horse. Snapfire requires an ally team to cast ultimate. The slow effect from Mortimer Kisses, even with the level 20 talent, may not be enough to hit a moving target with all the blasts. Initially, Snapfire had a small mana pool. If you decide to max Scatterblast to push resources from opponents, you will have to purchase 3-4 Mango, and it’s too costly. 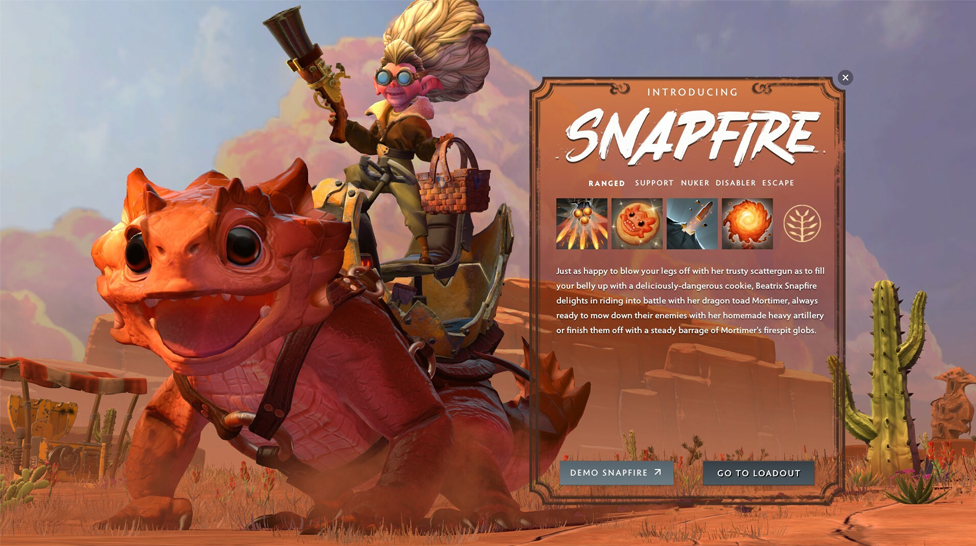 During the first 5 minutes, try to provide ally core with a comfortable farm. If you stay versus low-armor heroes, you can try to max Lil' Shredder and spam them permanently. For the best effect, you can take Blight Stone, which you can transform into Medallion of Courage. However, the best option would be maxing Scatterblast + Cookie. Scatterblast deals a lot of damage up close and gives a solid slow effect. Meanwhile, Firesnap Cookie is better to take once, like Lil' Shredder. Try to farm Tranquil/Arcane Boots, Magic Stick, Medallion of Courage, and Glimmer Cape or Force Staff in the early game. Luckily, Snapfire's abilities allow her to farm creep waves with lightning speed.

You should start to play more and more actively. Snapfire is extremely good at tempo due to low-cooldown abilities. In mass fights, it's better to throw a Firesnap Cookie at your core. Before casting your ultimate, make sure you don't get knocked down or disabled, so take a position behind the team. In terms of items, you should buy Aghanim's Shard. It is advisable to do this as fast as possible to get an additional stun with Scatterblast. Next, we transform our MofC in Solar Crest, take Blink Dagger, and get Lotus Orb if you need a dispel silence effect or bonus protection.

In the late game, it's not easy to initiate fights because opponents also gain items, especially BKB or Aeon Disk. In 5vs5 fights try to cast Cookie and Scatterblast in time, reduce the armor with the third spell and throw Mortimer Kisses at the opponents from a safe distance. Thanks to Lil' Shredder's armor reduction, it's easy to push towers and take Roshan. In this game stage, you can also stash Aghanim's Scepter and Scythe of Vise for control against the most dangerous opponents.