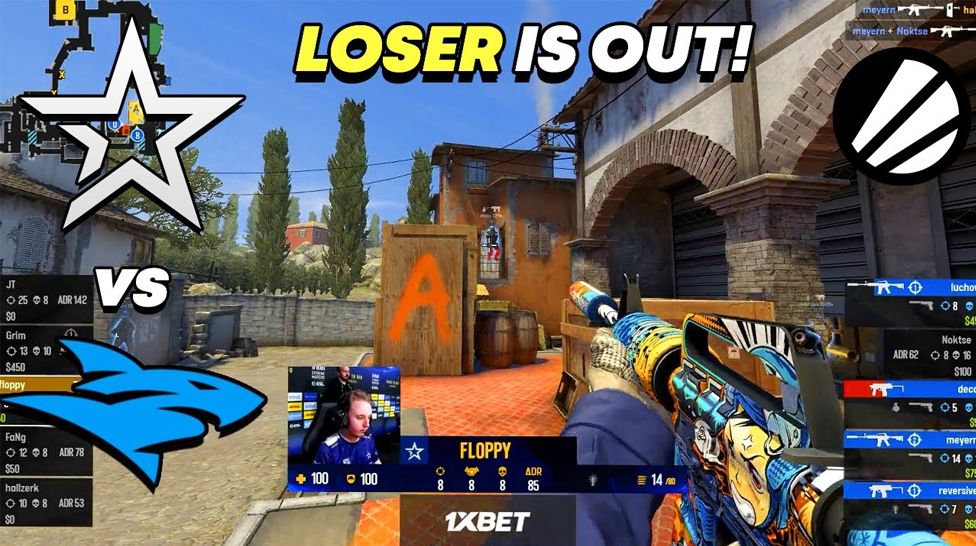 Isurus, the 89th-ranked team in the world, recently dropped out of qualifying for ESL Challenger Rotterdam 2022 and FiReLEAGUE Latin Power Fall 2022. They lost their first two matches at RmR, but Isurus finally had a breakthrough, the team picked up two wins. And here's where it gets interesting, because two weeks ago Complexity looked very confident, but now they lost two matches in a row. However, at such an important moment, it seems that the crew will win. Cyber-sports.io prepared for you an overview of this match - check it out!

Everyone was in expectation of the first map of the match because there was no clear favorite. Isurus had two brilliant previous matches, in which they defeated Mibr and Arctic. In turn, Complexity failed in their last two games, losing to Liquid and 00Nation. The choice of this map was made by luchov and company, so they were more tuned to the first battle. And the first rounds were a confirmation of that, meyern and luchov did incredible multikills and everything seemed fine.

Complexity Gaming was able not only to get out from under the pressure, but to impose their furious tempo of the game, taking the first half with a score of 10:5. After the break, the Argentinian squad tied the score, and then the swing began. The teams traded rounds and kept each other in suspense. Until meyern and his teammates regained the concentration of their game. And Complexity probably lost their enthusiasm, so much so that in the 26th round they started to kill their own players. These absurd mistakes led the team to defeat on the first map - 16:11.

After the first map's failure, Floppy's roster needed to change something: attitude and tactics for the next map. They took a rest, got their thoughts together, and confidently went into the first half ending it with a score of 9:6. Hallzerk and floppy did the main damage for the opposing team, and a solid defensive game from their teammates helped bring the North American squad back into the race.

Pretty average play from Isurus, an explosive start, but lacked that fuse and eventually went into halftime with a three-round gap. After the break, Complexity continued their winning streak on Overpass, completely ignoring their opponents. It seems like Isurus couldn't find their game, thoughtless entrances on plants and failure to properly follow their strategy led them to their crash. JT's team won the game 16-7.

The result of the third map you couldn't have imagined. It would seem that both teams, after winning the first two maps have an equal chance of winning this match. However, for some reason, Isurus lost its grip, and Complexity skillfully took advantage of it. Complexity Gaming on the defensive side is really a worthwhile example of both good formation and proper team communication.

Isurus Gaming had absolutely nothing to say to their opponents on the third map, losing the first half with a score of 14:1. After such a fiasco, the coaching staff as well as the players need to do something in terms of preparation for their games, don't you think? After the halftime, the team was unable to show confidence in their game, and Complexity had only to beat them. And that's exactly what happened - 16:1.

Just a terrible result for the Argentinian organization and the first defeat in the last three matches. Complexity was able to put away the explosive newcomers and show that they can play awesome too. Can we say after this match that eSports in North America is progressing? How far are they from the level of European teams?

From our point of view, teams in the region already have enough experience and skills to compete on an equal level with their counterparts from other countries. Write your opinion in the comments, as well as in our social networks. Share your thoughts with Cyber-sport.io. Subscribe and follow the latest eSports news!