John Dow
Author CyberSport.io
7 min read
The match for the title of the best South American women's organization. Are the girls playing head-to-head with the men? Read about all of this in our brief review of the Furia.fe vs Mibr.fe match at ESL Impact League Season 2. 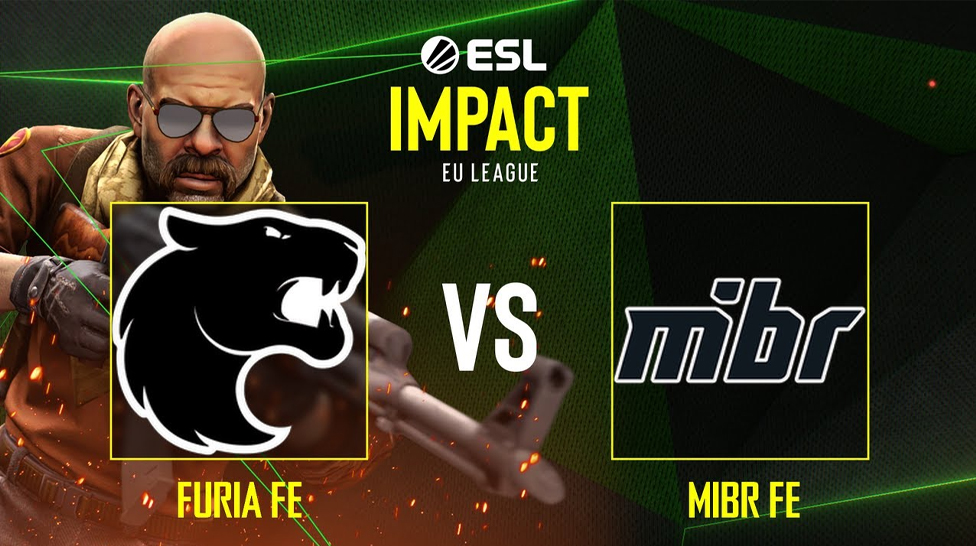 Earlier there was a match between the women's teams of the South American organizations, namely Furia.fe and Mibr.fe. Before the match the girls from Furia looked more convincing as they achieved two wins in a row, while their rivals lost the last match, thus knocking down the streak. The match was held in the format of B03, and the Cybersports.io authors prepared for you a short overview. Check it out!

First picked Mibr, the map was - Dust 2. As we will soon find out, the team made the right choice. But at first, josi and company absolutely nothing was working. Awkward game on the attacking side, childish mistakes and not keeping to their tactics, all this led them to the score 11:4. After the break it seemed that there was nothing to stop Furia from completing what they had started and picked up the first map, but apparently, during the break Mibr squad did a good job on their motivation and morale.

They were able not only to tie the score but also pull ahead at the very end of the match. Chjna and josi made the central damage to the opposing team. Together with their teammates they were able to find their own game in the second half and played better than their opponents. The first map ended with a score of 16:14 in favor of the team Mibr.

Second map Furia team started very aggressively, probably they did not like the fact that they gave away the advantage on the first map. Of course, when a team gives away more than 9 rounds in a row, that's not very nice, isn`t it? They took three rounds on the turn and did not give the Arkynha team any chance. They played a fast-paced game with some nice takedowns that helped them finish the first half 9-6.

After the break, Furia continued their winning streak, and after working on their mistakes from the last map, they didn't let go of the lead. Mibr tried to rehabilitate themselves, but it was not successful. It was clear that mari and girls looked more confident on this map, it was their peak after all. The ending was as simple as possible, Furia beat their opponents 16:7.

Third map Mibr started on the attacking side and decided to repeat the success story of Furia, playing a very fast and aggressive round. But girls from Furia, were ready for this, and OLGA even more. An incredible clutch with a bomb detonation is worthy of highlights. After this round, Mibr seemed to have lost their morale and could not impose their course of the game. They adapted to their opponents, and the izaa lineup was fine with that. The team quietly won the first half for the defense, meeting absolutely no resistance - 9:6. M

Fans thought that josi and the rest would be able to find the strength to make the last rush and steal the win from the grasp of Furia. But it wasn't meant to be. This became clear after the first round of the second half when Olga and her crew entered the Plant, set up a bomb, and waited for opponents. Mibr decided just to give the A-side. In any case, this round was a continuation of their win streak against Furia, which lasted until the end of the match. The game ended with a score of 16:7.

The victory in this series and the journey to Sweden is commendable. There is something for them to work on the map Dust 2. But as we can see on the Nuke and Mirage, they feel more than confident. Watching this match, we want to believe that women's eSports will soon be on the same level as the men's stage. Teams are getting stronger, new organizations are coming, and new tournaments appear. All of this promotes the development of the industry.

How soon do you think women's teams will be able to overtake men's organizations? And should they do mixed tournaments at all? Your guesses write in the comments below this post, as well as our social networks. Share your thoughts with Cyber-sport.io. Subscribe and follow the latest eSports news!