John Dow
Author CyberSport.io
10 min read
Were the Dragons able to jump over the Сlouds? Is Sh1ro in the highlights again? Find out all about this in our article. Three incredible maps with an unexpected ending. Cloud9 weren`t ready for their pick, or even ready at all. What do you think is the issue: the coaching staff or the players' mood? Looking at Spirit, there is no particular surprise in their game. Not their best match recently. 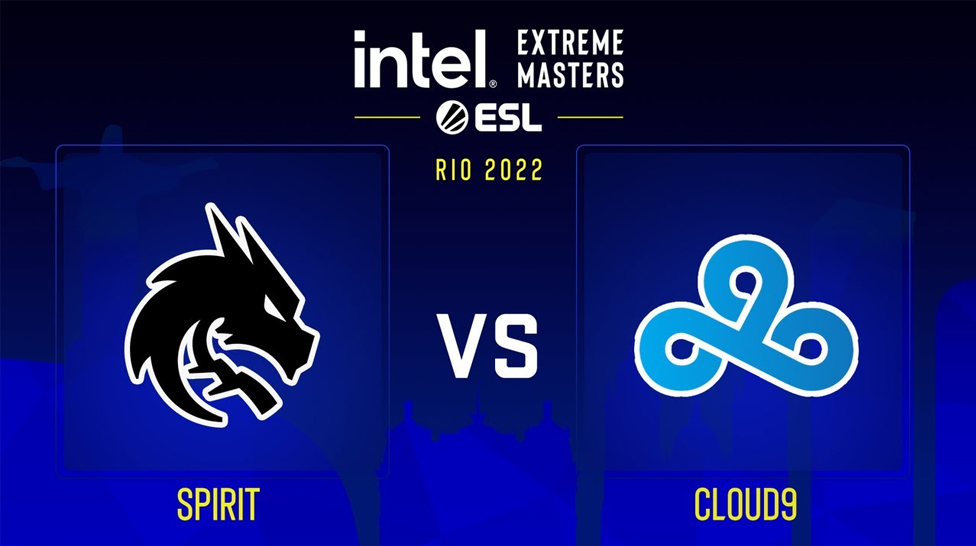 The confrontation of organizations from different continents did not end quite as planned. Cybersport.io team has prepared a brief analysis for you. Let's go!

It was expected that this match will include a lot of different  CSstrategies, with rounds, which are usually not seen in matches. Constantly flips, some strong-willed rounds, etc. The first map choice Cloud9 on Vertigo is already starting. Berettas in Ax1le hands, there are smokes, flashes, four armor at the defense and smoke, fires on the attack side - looks like “rush B”.  So far, a breakthrough on mid from the Spirit team.

Fall out on mid, gave Molotov on the nine, smoke to the left and there is a split to A. There is the chopper who will go in through the ramp.  He checks, no one noticed here, already check the blocks, there is Hobbit, hear a player near the nine, Glocks at point-blank range and just fly out and Patsi and magixx destroy everyone - perfectly. Was info on Hobbit and has already given damage.

Everything stays without a chance – Team Spirit takes this pistol round. Interesting idea, creative, quite such a reversible approach to A, not through tramp, but through help. The first round on the opponent's map takes the guys from Spirit - that's what they need. And so continued the victorious march of Spirit on the first map. Without much effort, they finished the first half with a score of 9-6.

They turned out to be ready for this map, competent grenade scatters and point-to-point runs made all deference. After coming out of the break it seemed that Cloud9 would be able to implement its own map, but it wasn't that simple. The feeling was, that Team Spirit had been preparing for Vertigo for weeks and had beaten their opponents without a chance. The lackluster first map, as a result - 16:8, victory for Team Spirit.

Okay, so the first map didn't go so well; perhaps on the second map, Cloud9 will wake up and impose itself. So, how do you win if you don't hit Awp and your captain dies? It's not realistic. All now cheered up and pulled together. But let's see if they can give battle. Hobbit is usually quite good on the Dust 2, but maybe he will take control now. Once again, the length, Dust 2, like, why make anything else up? Cloud9 just shut down smoke on CT and fell out on the plant under the flashes.

This is a pretty simple tactic, but it works great. Ax1le is great, Sh1ro double-kills, and there's the gun-round for Cloud9 - the good, old Glocks on long. Winning the force round as well, the American roster gave itself a solid start for the upcoming map. Inspired by their first rounds and their desire to win after the first map, they began to win round after round. Team Spirit, as well as Cloud9 in the first map, were not ready for their own pick.

This is not normal to pick a map on which your opponents look much stronger, don`t you think? Due to the rapid changes of the plants and different variations of side entrances, Cloud9 was able to finish the first half with a score of 10:5. Thanks largely to Hobbit and Ax1le. Team Spirit was too relaxed on the second map, and their opponents took advantage of that. After the change of sides, the European squad was not visible on the map at all, and Cloud9 completely shut them down - 16:5.

On Ancient, it is very important to take as many rounds on defense as possible. This side is very dominant on the map, so even a score of 10:5 at the end of the half can be considered as bad. All teams try to play the defense side very carefully. However, due to the structure of the map, on the T-side is very difficult to win even a 4 vs. 5 situation.

But Spirit on the decisive map against Cloud9 lost 3 rounds on defense with a big advantage. Twice it was with an advantage of 2 players, another time in a 5 vs. 2 . Cloud9 lost the first buy round and played a round with Deagles. Interz and Ax1le were left alone. It seemed like they didn't stand a chance. But Ax1le killed two players with accurate headshots on mid and opened Point A. After setting up the bomb, Interz finished the round. With two accurate headshots. He killed the players in the bagel - w0nderful and magixx as if he wasn't waiting for him in that position.

Cloud9 also won the next round out of the minority. Interz and Nafany died early on, but Ax1le and Hobbit were able to improve. And at the very end of the round, Sh1ro did a crazy highlight: killing two through smoke without a scope with a single shot.

Switching sides, Cloud9 starts a comeback: get to the 10:10 score, and starts making the same mistakes as Spirit did at the beginning of the game. For 3 rounds out of 6 they gave away the entree, which their opponent skillfully took advantage of. In the end, despite the slackness in the first half, Spirit was able to pull herself together and finish the game.

Would Cloud9 be able to show a decent level in the next tournaments? Write your thoughts in the comments below the article, as well as check out our social networks. Share your minds with Cyber-sport.io. Subscribe and follow the latest eSports news!