I’ll start playing again if it requires: interview with S0TF1K

John Dow
Author CyberSport.io
10 min read
Present-day Team Spirit are playing very confidently. Behind the cool game of teenagers is an adult and experienced captain, but relations with the current team were difficult at first. S0TF1K tells how he got into the organization, left, and returned again to start doing what he enjoyed the most. 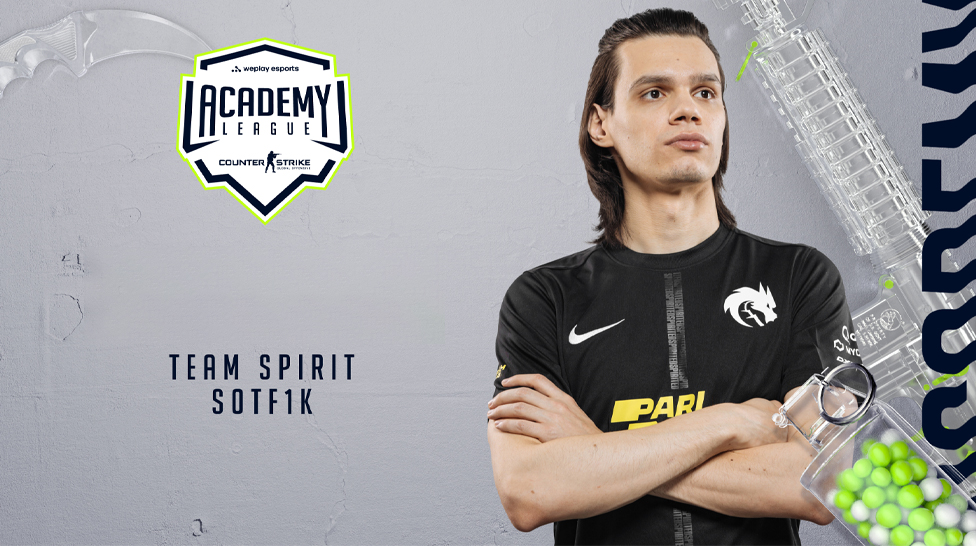 Team Spirit is one of the youngest teams on CS:GO field. At the same time, team's coach is the oldest participant in the tournament at twenty-seven years old. Dmitry S0tf1k Forostyanko played in a dozen teams during his career, but Team Spirit that he reverently calls "home". S0TF1K spoke about what is happening inside the team, about plans for the future, and answered questions about female squad. Cyber-sport.io caught the essential phrases of the Russian mentor.

How did your eSports career begin? How did you get to the Phenomenon team, and subsequently into Team Spirit?

My esports career began with Phenomenon. We decided with krecker to set up our team. Before that, we played in the same team and thought we played pretty well and should continue to go forward together. It was 2016. Then we conducted replacements after CIS Minor, who wanted to collect a steep composition

Phenomenon felt like a fish in the water from the beginning of the creation of the team. The team immediately showed excellent results during qualifications for Dreamhack. In the first qualification, they went to the final and lost the slot to the main tour. The second attempt ended with a defeat in the semifinals. After that, the chief manager of Team Spirit contacted Phenomenon. From this moment on, the S0TF1K was in Team Spirit. 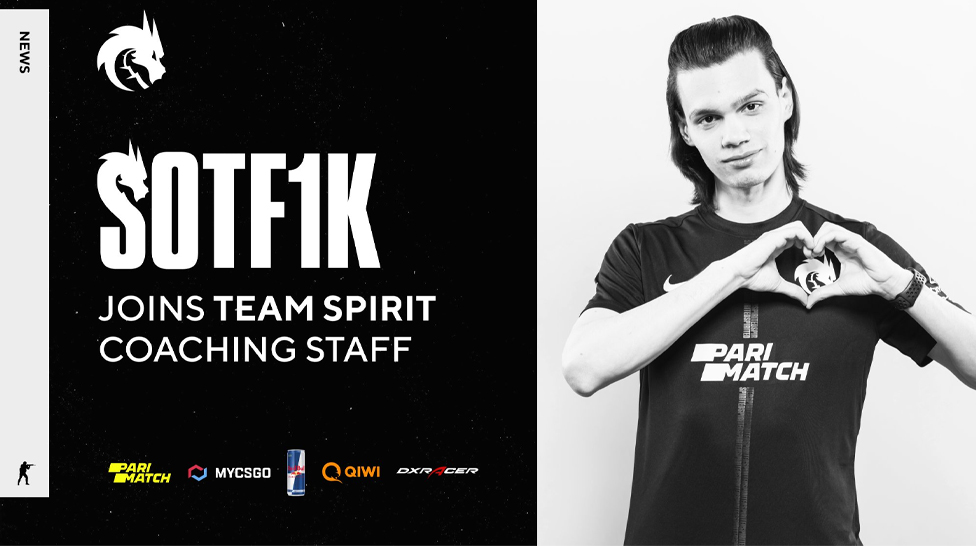 Not long ago, you took the role of a playing coach at the Spirit Academy. Was it challenging to combine two parts, and why later refuse this decision?

Yes, it's not easy. A bunch of energy, effort, time, and emotions leave. This is a huge work because it is necessary to establish a training process, follow it, tell everyone how to play this game, come up with rounds, and make sure that the rounds are performed correctly so that grenades are thrown correctly that everyone understands why this round is needed.

In the middle of last year, the Team Spirit eSports club said that the coach of the CS:GO Dmitry S0TF1K Forostyanko became the mentor of the Junior team. S0TF1K began to lead Team Spirit in March 2021. He joined the club as an assistant head coach Nikolai Certus Poluyanov. Together with Forostyanko, the team twice hit the top 4 on the RMR tournaments for the CIS.

Will we see you as a player or you'll be on the coaching bridge until the end of your career?

It all depends on the team. If necessary, I will start playing again. Recently, I often connected to the server, the flood that sometimes someone will get sick, someone flew the Internet, and I have to replace the players because I know all the roles in the team and can perform any task. Therefore, one way or another, I still play

In 2019, Dmitry moved to the Espada team, but having played a couple of successful seasons S0TF1k preferred the coach position. The reason for this was the problem with the team's financing, which led to the team's disbandment. 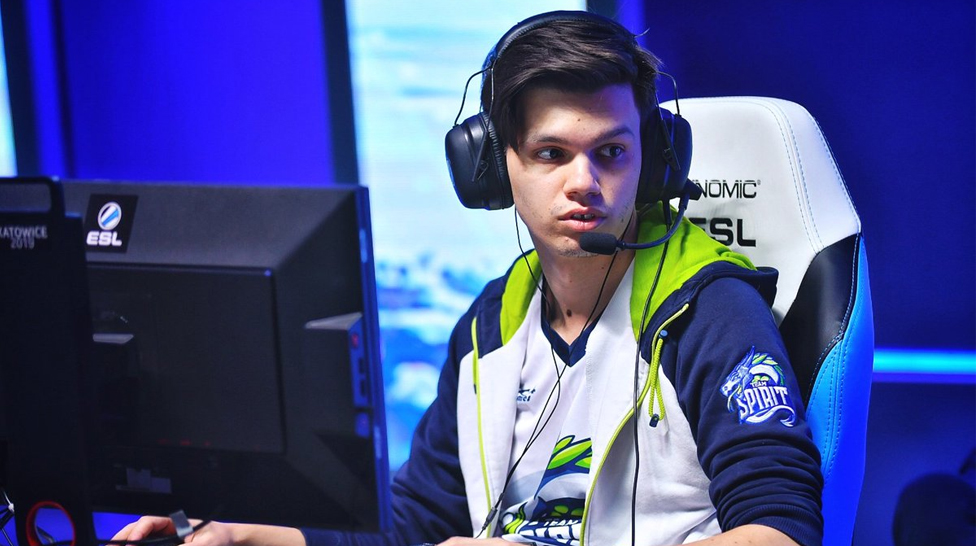 What's with Team Spirit female? Tell me more about this because we did not hear anything else after the announcement

So far, this project is frozen due to the organization's move to Serbia. They spent a lot of money transporting the team and making an office. So far, we have what we have

Team Spirit launched the selection of the women's team in CS:GO. Dmitry Sotf1k Forostyanko will oversee these girls. Team Spirit also named the conditions necessary for applying. According to the organization, they are straightforward since many girls can use them.

The key mission of TS.fe in CS:GO is to provide talented girls with the same possibilities as the male roster. Selection criteria: the girl should be Russian-speaking, over 16 years old, and has a level of Faceit above 8. The team representatives will carefully read the applicant's profile, appreciate her professional skill, and get in touch for further tests under the supervision of coaches. The open set started on January 17, 2022.

What are some plans for the coming year?

The development of players and good performance in tournaments. We have now gathered a very combat team and want to show ourselves to Tier-2/Tier-3 games, getting into the top 40 HLTV are our main goals for the coming year.

Have you heard about the reality show "Tryhard"? What do you think about this project as a whole?

Of course, I've heard about it. It's interesting to watch some episodes. But, for example, I didn't watch a series with the Buster, I just turned it off. There is a chance that this project will grow into something big and severe because LiTTle and seized understand the game so well. Honestly, I do not think they will achieve the goal with these "players". They should make some changes to go up to the next step.

The famous Russian eSportsman Denis Seized Kostin announced the start of the “Tryhard” project-the player claims that this is the first in the country reality show about CS:GO. The 27-year-old scene veteran plans to create the eSports team "From scratch" and show the “inner kitchen” to the audience. 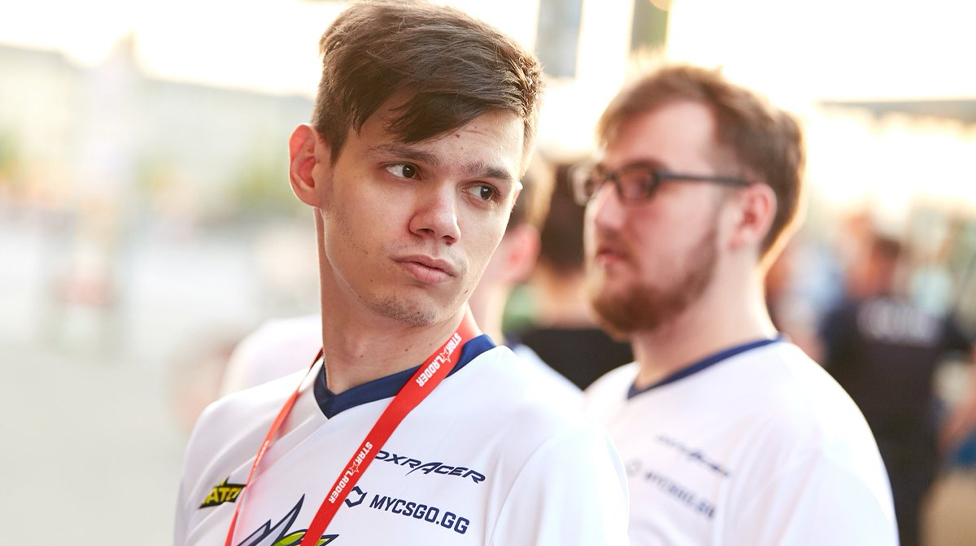 According to Kostin, the reality show's audience will be able to monitor the team in video format. The eSportsman intends to tell where to find money and good players in the group how to achieve the result and "return to the big game".

We are waiting for your feedback below! Do you expect essential results from TS.fe? Share your minds with Cyber-sport.io. Subscribe and follow the latest eSports news!