Is the M4A1-S still an imbalance weapon?

John Dow
Author CyberSport.io
7 min read
Cyber-sport.io team will tell you in detail what has been changed in the new M4A1-Silencer. We will analyze all its pros and cons, compare it with the M4A4-S, and find out what is the best choice. 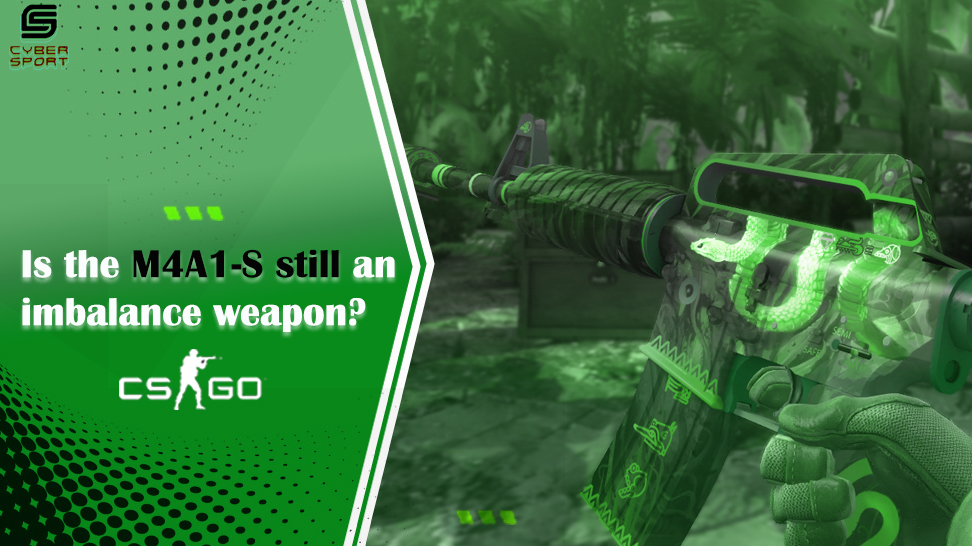 The M4A1-Silencer is an ambiguous weapon that cannot be balanced. It was initially unusable due to the small number of bullets and low armor penetration, and it was unpopular among pro players. Still, this gun has been improved by having more rounds, going through armor better, and costing $ 2900 less than it used to. Now the M4A1-S has changed its spread up to 0,94 points, and that's exactly what we will talk to you about now. We will also talk about the fact that this rifle doesn't kill with four bullets. But don't panic, because there is something we will tell you about.

Recommended to read
1frozen set the top list of the best players in group C at ESL Pro League S16 2Virtus.Pro advanced to the quarterfinals of ESL PLS 16 3How to play Zombie Escape mode in CS:GO 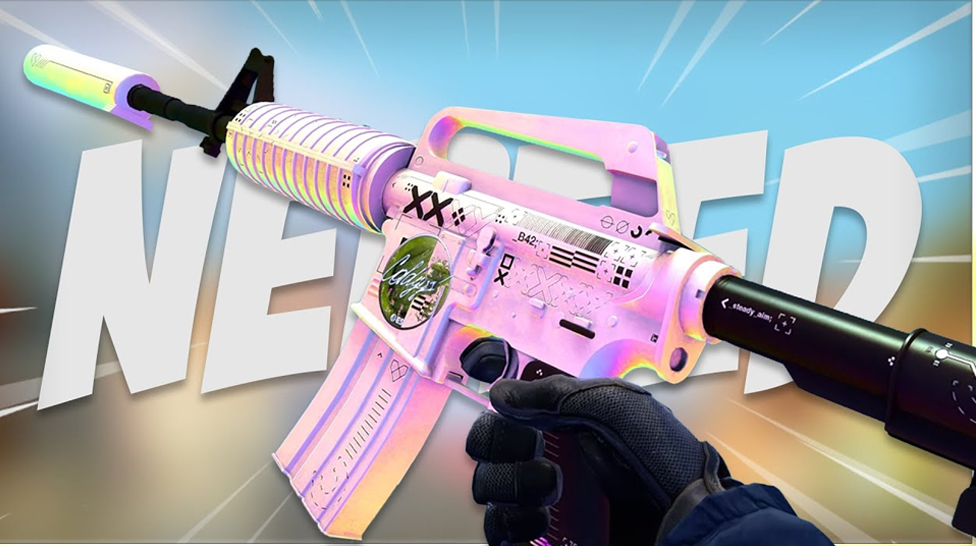 Let's analyze the spread of the M4A1 Silencer at different distances. From a middle distance, the spread has not changed (the white circle you see is an exact reflection of the spread, and additional yellow sights are an indicator of the spread and recovery of the weapon at strafe) as we see at close, middle distance you can confidently use this rifle - it is usable as before.

AK-47 and M4A4 have about the same dispersion at close, and medium range, which suggests that the silencer's dispersion has not changed at that distance. So, this M4 is still imba at close range and will be very useful on narrow maps like Inferno. On the medium range, it's already making itself felt - the distance range is bigger, which means that each of your shots won't be as accurate as before.

Still, even this dispersion is not so critical, and it's possible to play with it, because the direct competitors such as AK-47 and M4A4 are not better. However, everything is bad at long range; no one hits the circle's center, but no bullet goes beyond its limits with such a scatter to shoot harder. 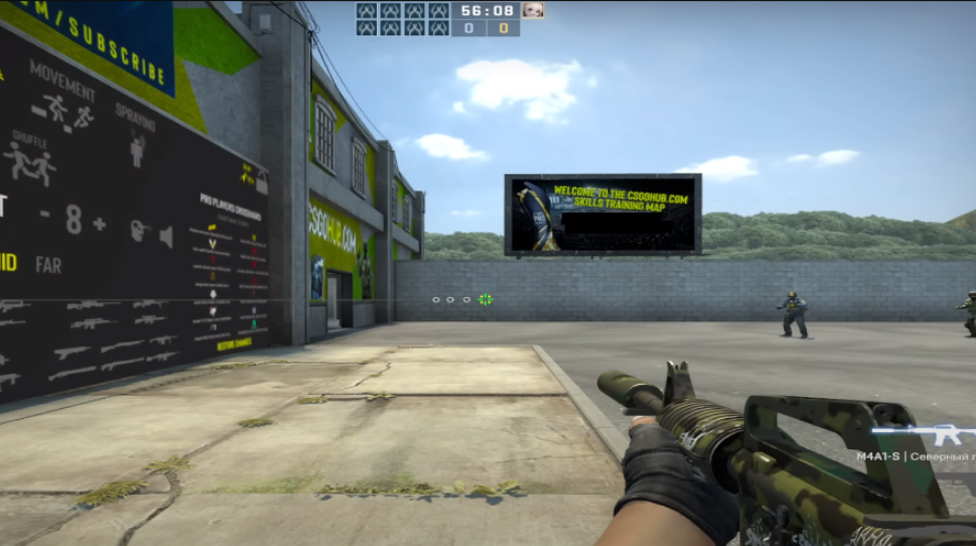 Does M4A1-S do less damage?

The AK-47 or M4A4 are no better; the Kalashnikov is even worse, but it doesn't stop us from tapping opponents from a long distance. If you look at the spread up close, absolutely every shot was just a miss. The M4A4 has less dispersion and shoots more accurately, and since it's better in terms of specifications, should we switch back to the Colt? Let's break this question down.

There's still no reason to switch over to the Colt, the M4A1-s costs less, and kills enemies with four rounds at up to 10 meters.

At the same time has a simpler blowback. It's safe to say that the AK-47 is still the dominant weapon among riflemen, but the M4A1s is still better than the M4A4. At least until Valve raises its price to at least $3100 this will balance the weapon, because the economy for the defense side is essential. Also, in CS:GO, absolutely on every map, CT is the dominant side, and most of the firefights take place in the short to medium range, which allows the M4 somehow compete with the AK-47. 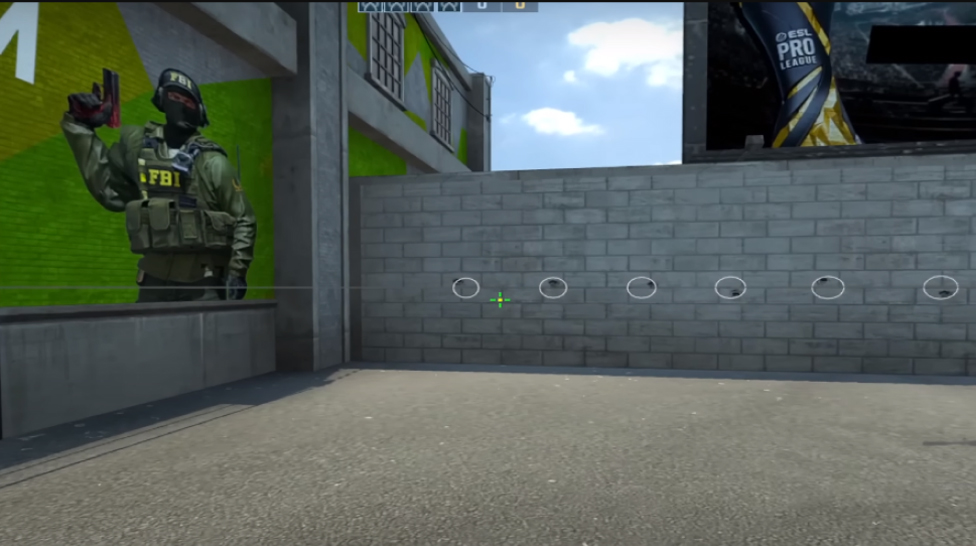 How did Valve nerf the M4A1-S?

AWP has always been an imbalanced rifle. And now, thanks to a reduction in the number of bullets in AWP, you will have to shoot more accurately. It was also possible to change the speed of movement in the Zoom and the number of ammo in stock. Tell us if you've ever felt like there wasn't enough ammunition in the AWP. Write in the comments. The ideal solution for the AWP would be to reduce the movement in the Zoom, 5 bullets in the storage and 15 in reserve.

To sum it up, the M4A1-S is still imba, albeit not as much as before, and it is unlikely that such updates will change the current meta for CT. If you lower the price to $3100, many people will wonder which is better: the colt, which kills with 5 ammo, or the silencer, which has a 100% chance of killing with 4 ammo at close range. In the comments, you can write your thoughts about how you like the changes and what you want to see in the game. Share your experience with Cyber-sport.io. Subscribe and follow the latest eSports news!

Dota 2
Cosplay Feed
Jonathan Trellow
Dota 2 Queen of Pain cosplay
Fan creates a full realistic Dota 2 personage. There will be pain, there will be screaming. So begins the reign of pain.
Comment
August 23, 2022 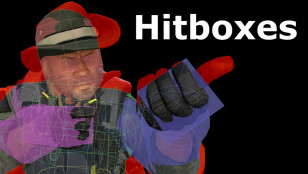 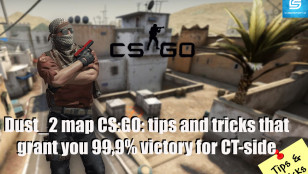 CS:GO
Tactics
John Dow
Dust_2 map CS:GO: tips and tricks that grant you 99,9% victory for CT-side
Comment
December 25, 2022
Dota 2
Cosplay Feed
John Dow
Stormrage Dragon Disraptor Dota 2 cosplay by Mark39
Have you ever seen the 1st of Grand-Prix title Comic Con Astana 2019. Below we survey all the photo proof of the champion's cosplay. Let's roll it!
Comment
October 18, 2022
CS:GO
Q&A
John Dow
Facts about Counter-Terrorists in CS:GO
Attack versus Protection. It is a general term that is used to describe a wide range of competitive events and gives you a clear notion of what you are seeing. One side is working to advance toward a goal, while another is working to stop this "goal". In CS:GO we called these persons Counter-Terrorists (CT). Therefore, below you will learn about some CT units in CSGO and their history.
Comment
October 26, 2022 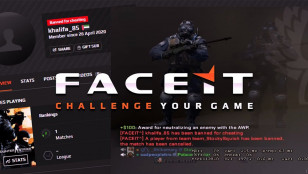 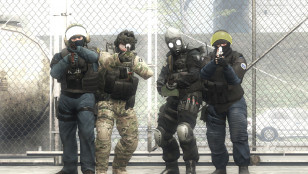