Apartments of the richest CS:GO players

John Dow
Author CyberSport.io
8 min read
Wake up! You have to make money instead of playing your games! Have you ever heard such words? For the second decade, players have been proving that such a “dubious hobby” can be a full-time job. In 2003, prize pools at major CS 1.6 tournaments were around $500,000. 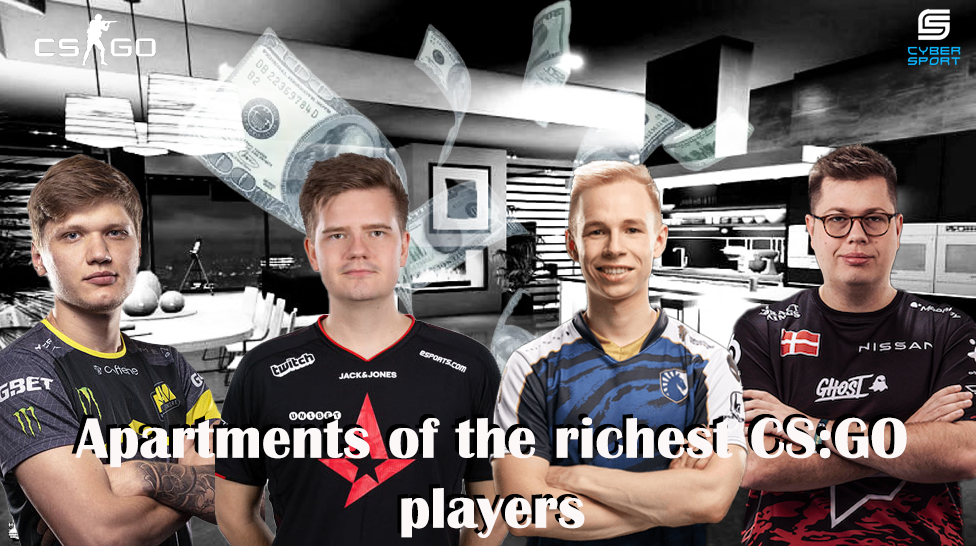 This article will reveal where the most famous esportsmen live and how much they earn. Is it a big difference between T1-T2 and T3-T4 wages? Even though the transfer price is publicly available, the monthly salary of the players is a secret. This is not a problem because we have prepared for you some things from a professional player who took us behind the scenes of eSports.

What is the income of a professional CS:GO player?

We all know the prize pools of the tournaments and players' transfer values. Is the rest a big secret? Boom. Promised insides. A couple of months ago, pro player Owen smooya Butterfield was streaming on Twitch. During the broadcast, he spoke about the real salary of his colleagues.

Tier-2 scene players get enough money to call their activity a full-time job. The Complexity Gaming team pays its players around $10,000 per month. Most other Tier-2 teams pay around $5,000. The wages of Tier-3 and Tier-4 teams depend more on tournament prize pools. Some teams pay around $1,500 - $2,000 per player, but many can earn up to $600 per month.

Wealthiest CS:GO players and their condos

EliGE is an American esports player. His prize winnings exceed $1,200,000. Jonathan earns about $30,000 a month. Despite this, he lives a modest life. 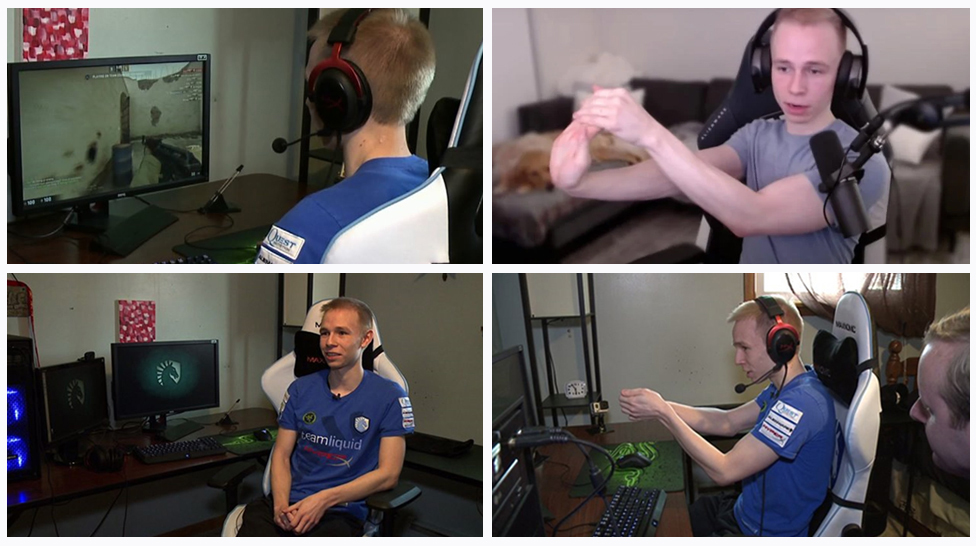 One of the richest CS:GO players on social networks, you will not see golden castles or a large fleet of vehicles. The player resides in Santa Monica. 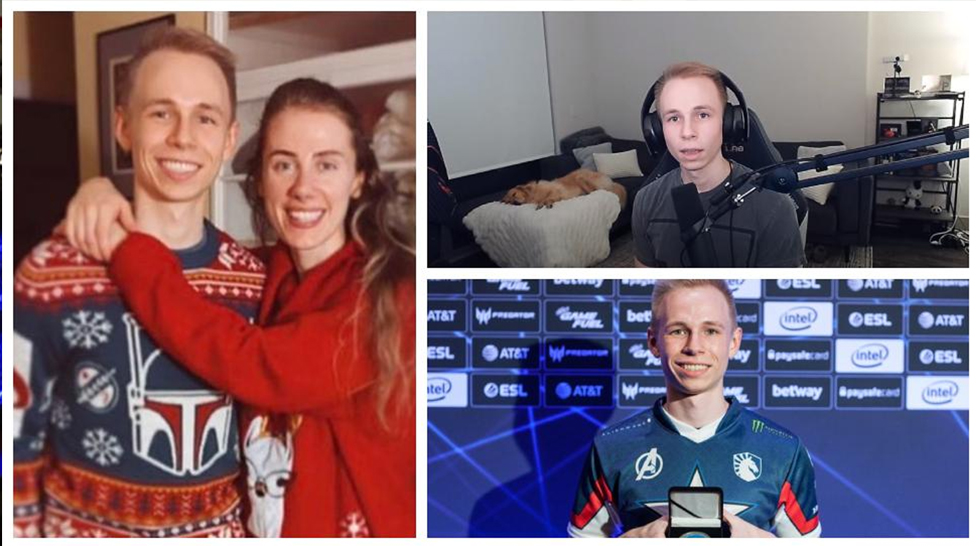 The apartment is located in a simple residential area close to the beach. Two bedrooms, large living room, classic style kitchen, two bathrooms, large balcony. The apartments have many large windows, which is typical for the sunny city of Santa Monica. The cost of the EliGE apartment is about $780,000. Yes, residing in this city is quite expensive. 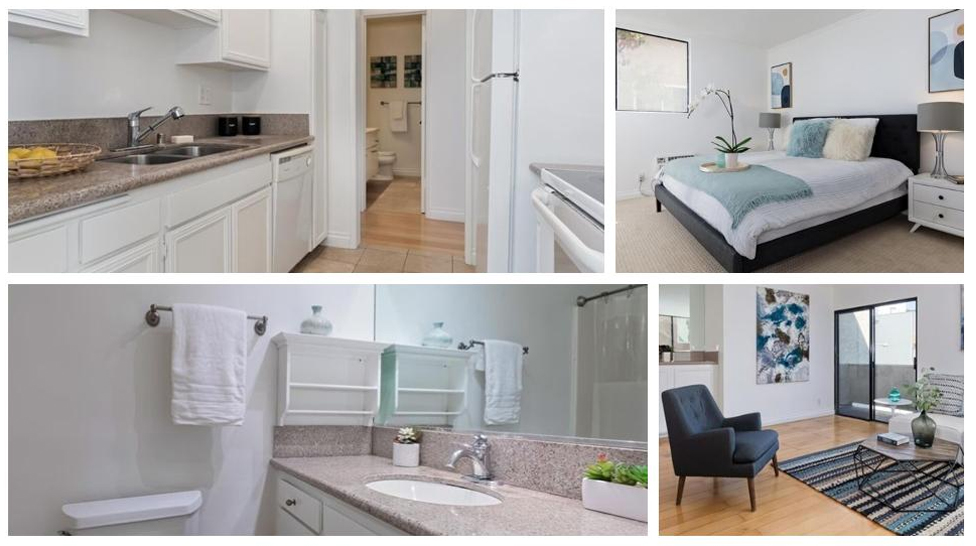 Ukrainian sniper whose name knows absolutely every player all over the world. Alexander Kostylev, at the very beginning of his career, received 300 USD per month. After relocating to the USA, s1mple as a member of Team Liquid received $1,500. While returning to his native country, the player's salary grew significantly. Currently, Alexander "s1mple" Kostylev earns around $40,000 per month and $1,400,000 for the past year. 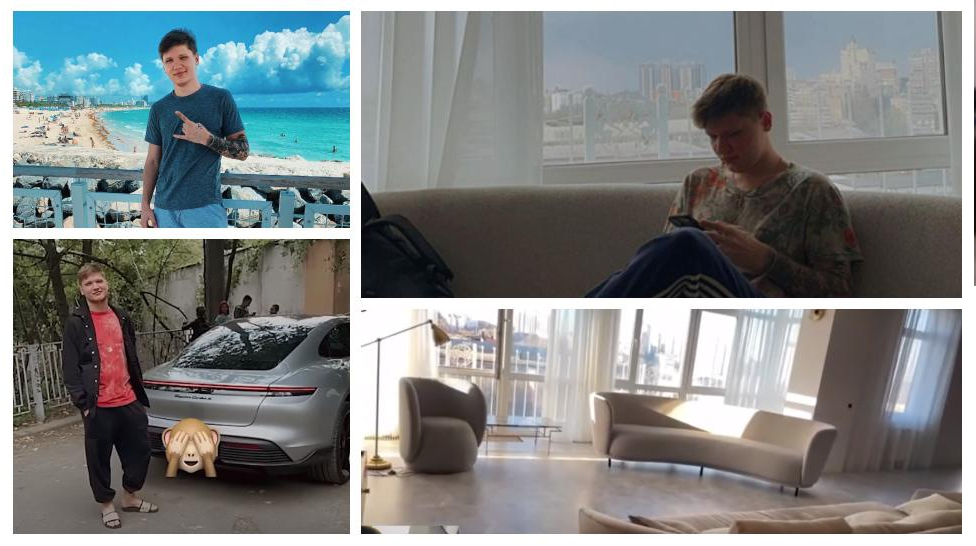 Alexander lives in the center of Kyiv, Ukraine. In addition, Alexander is a co-owner of the “Ninja Sushi” restaurant and “AMD” Ambassador. Alexander bought a large country house for his parents near Kyiv. Despite enormous wages, s1mple spends most of the money on his relatives. 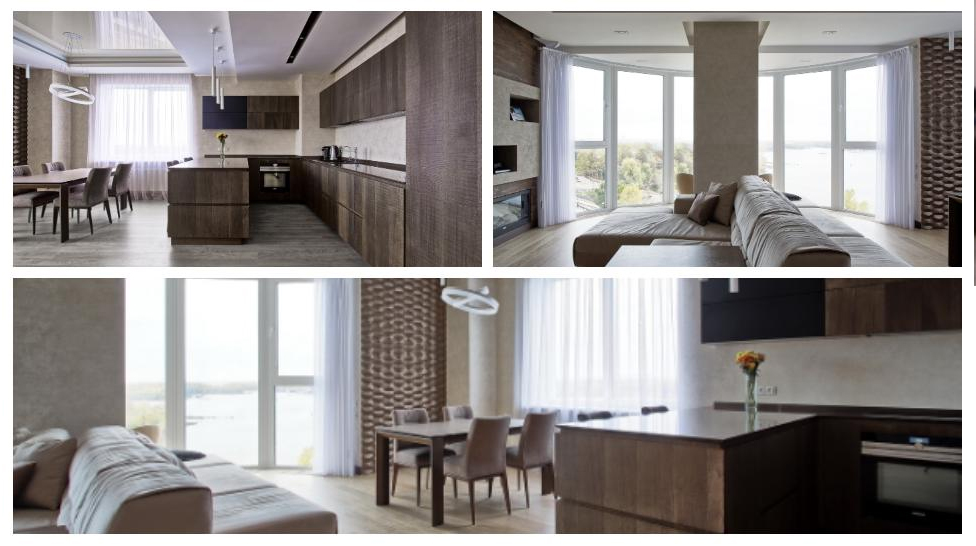 Where CS:GO ends, dupreeh is a home guy who spends most of his time with his family. Currently, he lives in the central part of Paris. According to unofficial information, his salary is $32,000 - $35,000 per month. Looking at his social networks, you can’t tell that someone who earned $ 2,020,000 prize money is in front of you. The only luxury that Dupreeh allows himself is the Audi RS 5. The price of this new car is $110,000. 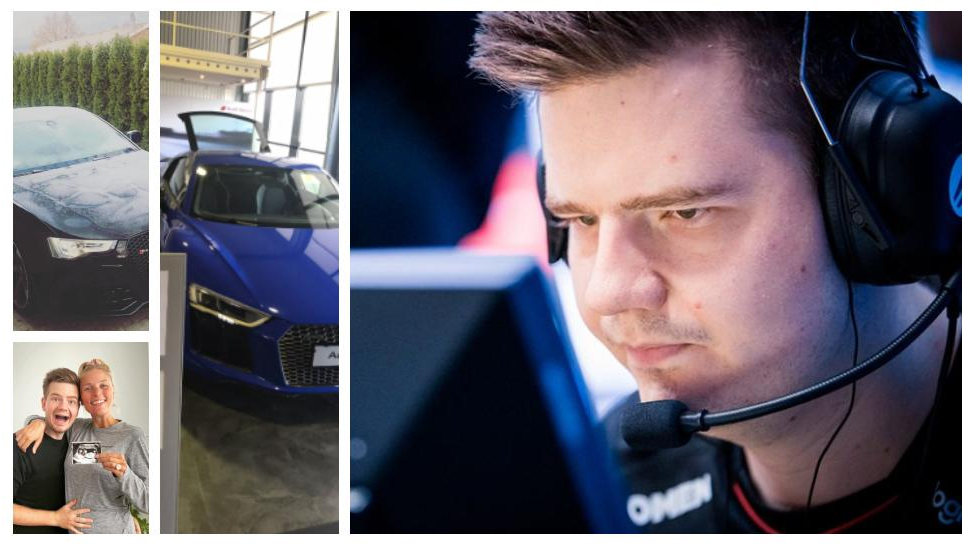 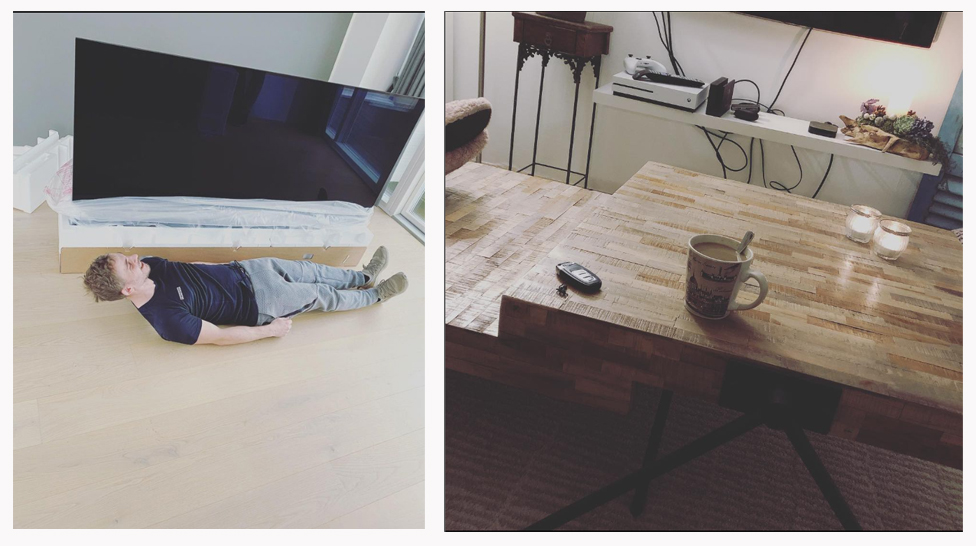 Three bedrooms, a cathedral hall with a beautiful view of the central district of Paris, two bathrooms, an American-style kitchen, and a gym on the second floor. The total area of the apartments is about 1700 sq ft. The cost of the apartment is about $1,000,000. 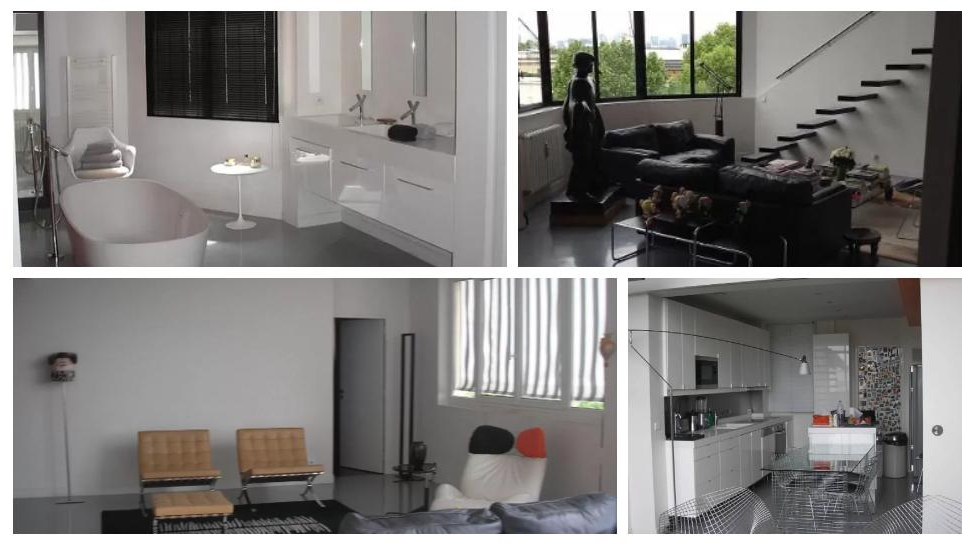 Professional eSports isn’t just a hobby. It is a full-time job and well-paid hard work. Even T3 scene players receive an average salary, which is enough to pay for food, housing, and entertainment. If you want to earn more - strive for T2 - T1 level. Few players get $25,000 - $40,000, but they are all regular people who love this game. This means that you can achieve this too. Believe in yourself, train yourself and go to your goals. Here dreams come true!

Transmit your impressions on our social networks and write what moments are missing in the comments. Share your experience with Cyber-sport.io. Subscribe and follow the latest eSports news!

John Dow
Author CyberSport.io
More articles from author
10 tips and tricks that Pro’s use in CS:GO Predictions for The International 2022: Last Chance Qualifier (Group A) The best Dota 2 community

CS:GO
Game Reviews
John Dow
10th Birthday of CS:GO: how did the history of the best shooter begin
Counter-Strike: Global Offensive is a multiplayer first-person shooter designed to deepen and improve the very five-on-five team game mechanics that everyone loved Counter-Strike. On 21 August 2012, Valve showed an upgraded game for shooter fans – Counter-Strike: Global Offensive. Looking back, it is safe to say that the game has left countless bright and unforgettable moments in our memory.
Comment
September 06, 2022 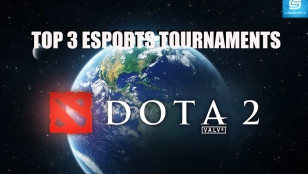 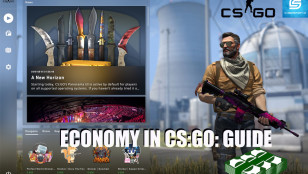 CS:GO
Guides
John Dow
Economy in CS:GO: guide
Comment
December 22, 2022
CS:GO
Tournaments
Jonathan Trellow
Blast Premier Fall 2022 – Group C review
First things first, we need to talk about FaZe Clan, the team that has amazed the rest of the world scene with its amazing victories. It is quite predictable that the best team in the world ranking will not change the lineup, because the major champion simply has no one to change.
Comment
August 24, 2022
Dota 2
Heroes
John Dow
Is Zeus the best mid-hero of patch 7.32c?
Meet the son of Cronos! Today we will talk about a hero named Zeus. After all, according to statistics on Dotabuff, Zeus has a 53% win rate. In the Pro scene and in general, he is extremely popular. Maybe after this article, you want to try playing it or learn something new about yourself. Let's know what pros and cons this hero had. Let’s cut to the chase!
Comment
November 24, 2022 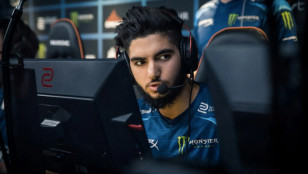 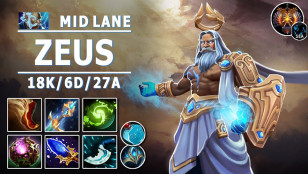