Types of players people hate the most in CS:GO

John Dow
Author CyberSport.io
8 min read
How do you realize a player is toxic in CS:GO? Is it cheater, smurfer or rage-quitter? Personally, it's a player that constantly creates a bad atmosphere that interferes with the game experience. However, we all know that CS:GO is a team game, and we have to face other players side by side. But some players are hated by most of the CS:GO community, and today we're going to talk about them in this theme. Let's roll! 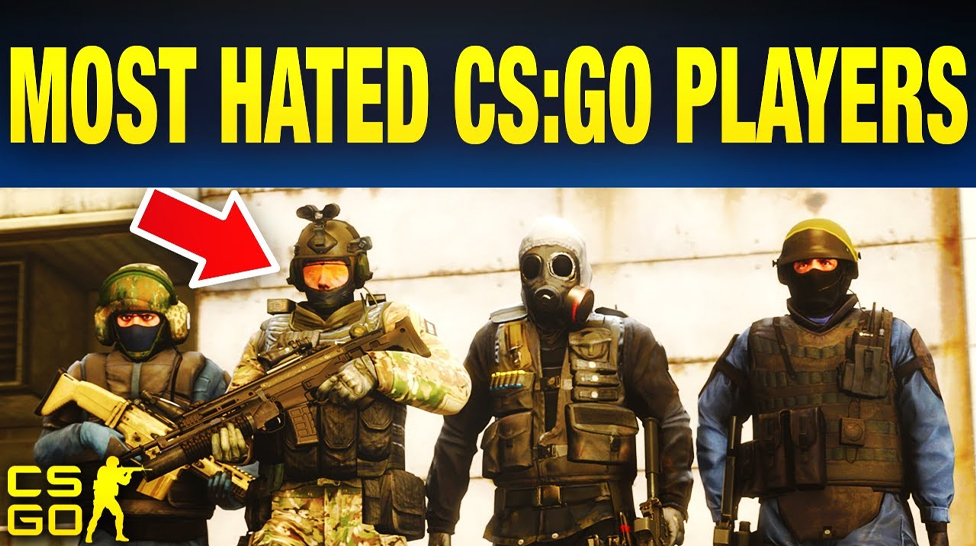 In general, I think it's clear what type of players will be discussed, such players are rare now, but they were earlier, and 100 % are there now. Toxic teammates in the squad, this is a fear for every player in CS:GO. Especially, if he is a “professional” booster or rank smurfer. Moreover, they have this feature that even if you tell them that they need to buy armor, they still do not buy it. The main thing is to give them a chance to get good feedback and to see what kind of player you're dealing with. Cyber-sport.io authors, whose average rank is Legendary-Global Elite, also faced with such player types, so we have something to tell you.

Here's a list of players that people hate the most.

To begin with, I will explain who the smurfs are to those who do not know. Roughly speaking, a smurf is a person with a high rank, playing at a low rank, for example, global, playing on the account silver. That is why players hate smurfs because when they appear in the game, they are certainly stronger than the players with whom they play, which is why we added smurfs to this list.

Even when they show up with you on the team, it doesn't make the game any more attractive because they pull the game on themselves, leaving nothing for you. Some players don't use voice chat at all, such players usually keep their teammates mute and do not say the information. Such a player does not play in the team, so the chances of winning are many times lower.

I think everyone knows what eco is. For example, when the entire team has no money, we purposely do not buy anything so that in the next round, we have the money and can stand up to the enemy. But there are those special people who don't want to listen to the team when their teammates decide not to buy in this round. They think it doesn't apply to them, so they buy up on their own $2,000.

Boosted players are directly related to smurfs, as it looks like smurf boosts the account of a person with a low rank, then the person with this low rank comes in to play at high ranks. As we understand it, because of this, he loses the game, and the whole team is angry at him. I do not think that such bungled players, at least anyone, like in CS GO. Well, on this topic, I think only a few people will argue.

Dismal is a pretty tough topic not only in CS:GO, but in general in all games, competitions, and things like that. Everyone hates cheaters except the cheaters themselves. If a cheater even gets on my team and helps me win, I'm still trying to throw him out. A particular kind of player likes to lose games to you, to lose games to himself, to lose games to his own team. These players can be called ruiners, in simple terms. Such players are hated by most of the community KS GO, which is why I added them to this list.

Dismorals are usually noticed by you when you start losing. So, for example, you lose the first gun round, and the phrase pops up in the chat: GG.

What could be better than that, right? Then the person may start to get very upset, he does nothing, he may also begin to interfere with your play, he doesn't believe in your victory, he thinks it's impossible. He automatically already turns into, in essence, a ruiner. So, what I want to say to you guys is don't demoralize each other, and don't demoralize yourselves, and we'll move on.

AWP - it's a pretty cool device, but at the same time, and quite challenging, player should be able to play, and for this respectively need to learn to play, but some people think that they must buy it all the time, buy it without armor, buy it at all in any way. That is not the right decision, never do so. About people like that, many memes are even made up, so don't do that, guys. Here's a question for you, reader: do you buy armor? You can write your answer in the comments, I hope you write yes, but if you don't, that's too bad.

At this moment, I want to ask you about your worst teammate experience in CS:GO. Share your minds with Cyber-sport.io. Subscribe and survey the best of CS:GO guides to avoid and detect toxic players. Respect yourself and your teammates, good luck!