What you should know ab rank system in CS:GO?

Jonathan Trellow
Author CyberSport.io
6 min read
Game developers have released an update that changed the rank calculation system. They told about it in the official shooter's blog. It was necessary to change the system for determining rank. Players will lose their ranks until the first victory in the competitive matchmaking, after which they will get a new rank. 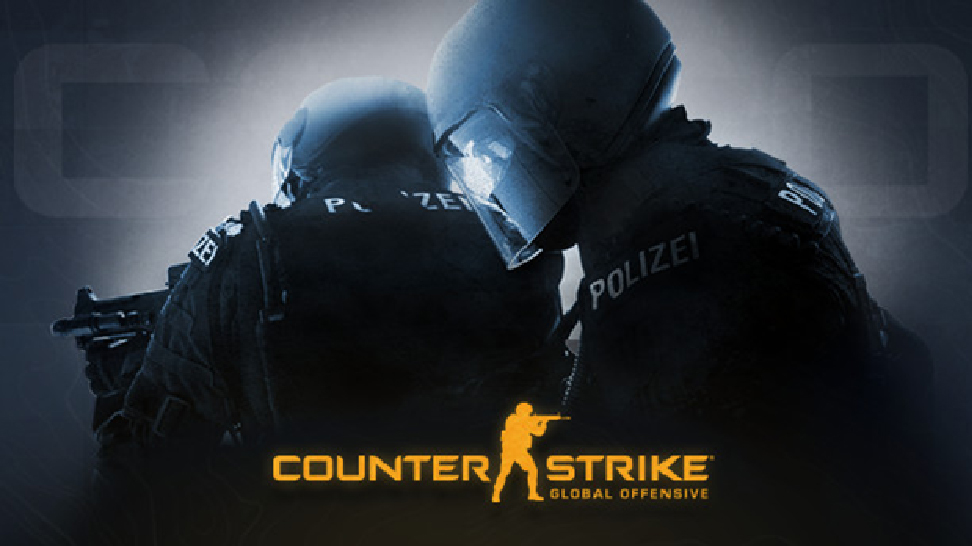 After the release of the patch, users have lost their ranks, and to get it back, you need to have one victory. Developers say that players need to undergo recalibration for the correct system operation, and most nerds will have a lower rank. Rank changes are made regularly, but unlike the current patch, in most cases, they are not so significant to talk about them separately. However, today's update affects all players, so some explanation is required.

Recommended to read
1CS:GO eSportsman got ban during the tournament 2All stages of IEM Rio Major 2022 will be held with spectators 3HObbit: We can get closer to Astralis so soon

When you start CS: GO, you'll see that your rank is not displayed - you'll need to win one more match to get it again. Most will see their rank change, but some will be in the right place.  For several years, CS:GO ranking system has been visibly broken, affecting different regions in different ways. In North America, more than 50% of players are in the silver rankings. This means that gamers can set up CS:GO for the first time, get paired with the lowest-ranked players, and encounter one-sided smokes, flares, and other advanced techniques without qualifying as «smurf». 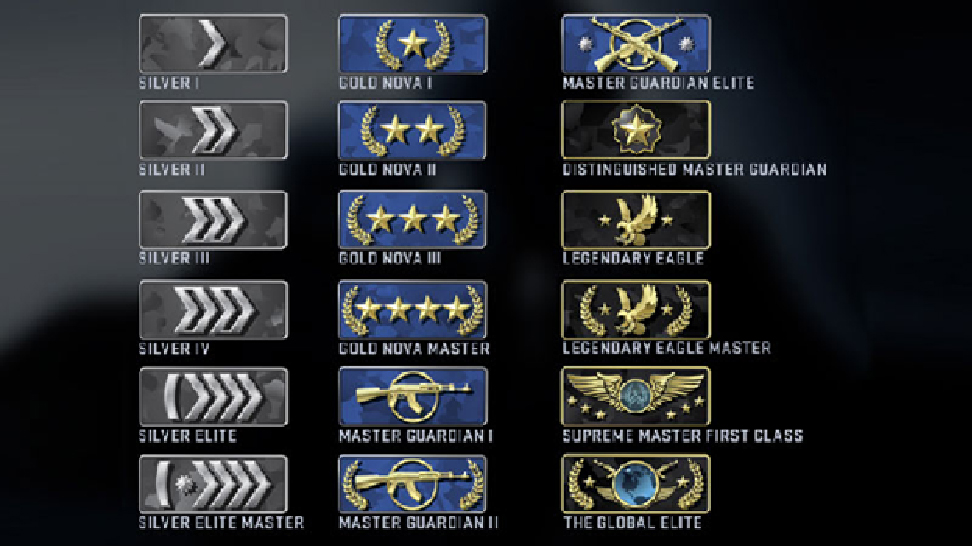 The problem is so serious that even the highest-ranked players fall into the average category. Former CS:GO professional player, and current star streamer Michael «shroud» Grzesiek was recently promoted to Gold Nova 4, a rank that in theory should be given to the most mediocre players.  CS:GO fans have spoken out about the recent update, which redesigned the ranking system in the shooter. Some users have shared the results of the recalibration in Twitter posts. One of the fans noticed that the ratio of wins and losses now plays not the most important role in determining the rank. According to the gamer, he and his friend constantly played together and had approximately the same difference, but with the update, his teammate was promoted from Master Guardian to Global Elite, while the narrator himself did not receive a promotion.

Many users also reported significant promotions. Some fans went from «silver» ranks to Legendary Eagle or higher thanks to the new system. The main point of the update is to equalize the ranks of the different regions. In NA, they used to be much lower than world ranks. Now they are boosted. CSGO has long been in need of a massive update of the matchmaking system, and the new release is supposed to fix the situation.

«Usually, when we make changes to the CS:GO player selection system, the adjustments are so minimal that we don't include them in our releases. However, today's update affects all CSGO players, so it requires clarification... Most of you will notice a change in your skill group», - said the organization in a blog on the official website.


How Valve try to fix ranked 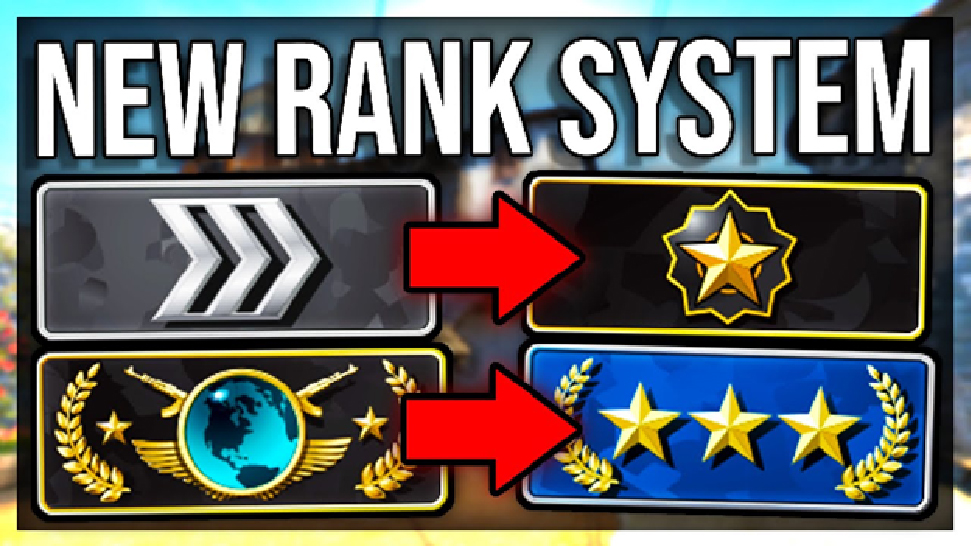 The update about the recalibration of competitive ranks comes just days after the wave of mass bans in July 2022.
From July 23 to 30, Valve has blocked more than ten thousand accounts in CS:GO. Statistics published on the site ConVar, which tracks nearly 9 million accounts in the shooter. Game developers have not commented on the situation. Last CS: GO ban wave took place from July 14-18. Then Valve has banned more than 8,000 users.

In May 2022, it was reported that the developers of the shooter updated the anti-cheater neural network VACnet. It allows you to look for cheaters based on patterns and features in their behavior. While it remains to be seen exactly how Valve changed the game in this update, the community seems to have been pleased. For a long time, players had asked Valve to fix the player matching system, complaining that they were often matched up with higher or lower ranked players.

Jonathan Trellow
Author CyberSport.io
More articles from author
Apartments of the richest CS:GO players 10 tips and tricks that Pro’s use in CS:GO Predictions for The International 2022: Last Chance Qualifier (Group A)

Dota 2
Heroes
John Dow
Techies pos-4 in CM: Pro's playstyle
Valve, since 2015, finally reworked Techies. Techies-miner gameplay, who roams separately from teammates the whole match, eventually ends. Firstly, Techies underwent a rather massive rework eight years ago in the New Dota Reborn patch. Icefrog replaced Land Mines with Proximity Mines, which is no longer revealed with True Sight, and changed the ability Suicide Squad Attack to Blast Off, which no longer denies Techies. It was times when Techies forced enemies to be more careful and acquire dozens of sentry wards since he set bombs, traps, and remote mines all over the map. It was the hero with the lowest attack rate, 26-29 points, and move speed of 275 MS, and instead, he could perform a suicidal explosion, dealing massive damage to all the heroes next to him and denying himself.
Comment
October 04, 2022 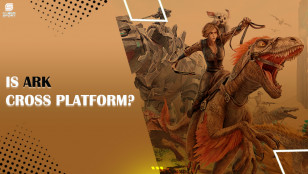 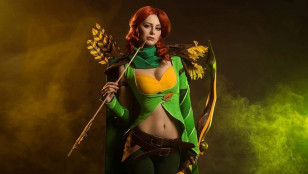 Dota 2
Cosplay Feed
John Dow
Windranger Dota 2 cosplay by Fushi
Comment
October 05, 2022
Dota 2
Heroes
John Dow
Hidden imba: Enchantress via Aghanim’s Scepter gameplay
Howdy! Valve reduces the abilities of some heroes with each new Dota 2 patch, while granting a few upgrades to others. Sometimes developers add new imba characters, and sometimes add or fix an item, that has an unbelievable value for its price. Each of these changes tilts the balance of the game toward who picks a similar hero or collects an overbuffed slot. One such example is Aghanim’s Scepter for Ench and I will tell you why.
Comment
November 15, 2022
CS:GO
Q&A
John Dow
New rank-up system in CS:GO
A month ago, a new update was released in CS:GO, which changed the rank-up system. Someone's rank went down by two ranks, and someone's increased. Someone instantly received the Global Elite rank, although this player never had such a rank. At that time, everyone was stripped of their titles, and players needed to win one game to regain their titles. All the magic happening now with the rank-up system is very interesting. Today you will learn how the new promotion system works at different ranks.
Comment
September 22, 2022 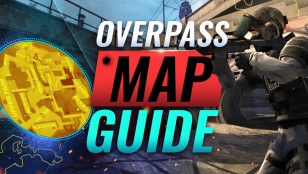 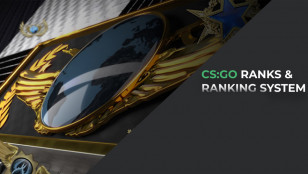