John Dow
Author CyberSport.io
6 min read
The winner of The International 11 - Neta Shapiro from Tundra eSports, better known as 33, has always been famous for his unconventional vision of the game. In the new patch, he showed off a new use of Razor in the offlane. Can this build become the patch's new imba? Let's take a closer look at all the pros and cons in this article. 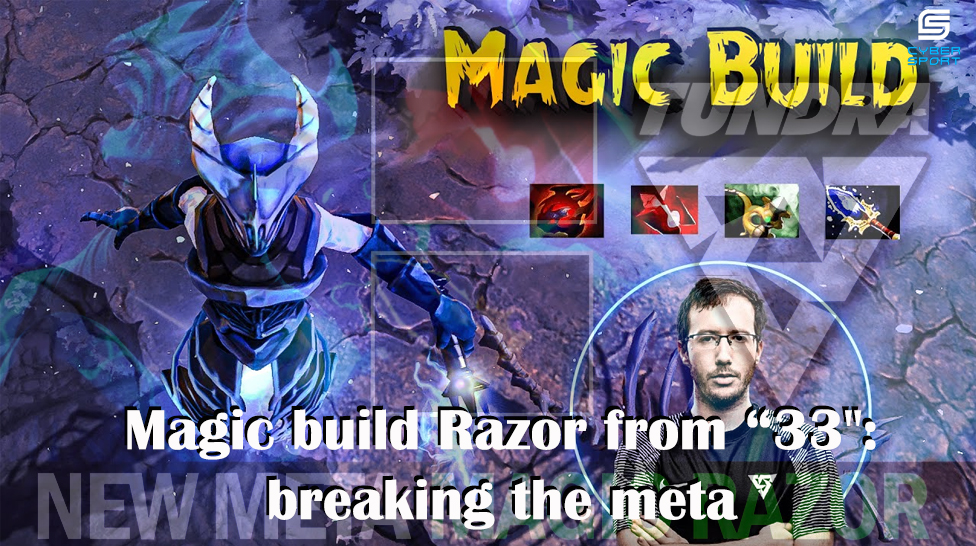 Razor has always been a rather monotonous hero. A year ago, pro players began actively picking him on the first position, buying Black King Bar as the first item. After a while, Razor was forgotten due to a series of fixes, but this did not prevent him from resurrecting in a new role in the third position, where he performed identical functions. After this, the Dota developers decided to radically change the hero, significantly weakening his abilities as a carry but strengthening his Aghanim's Shard, which was not previously used in the standard build.

Recommended to read
1Participants of the group stage of TI11 have been reveal 2Anti-Mage in 7.32c: craft review 3Puppey — "secret" of Team Secret 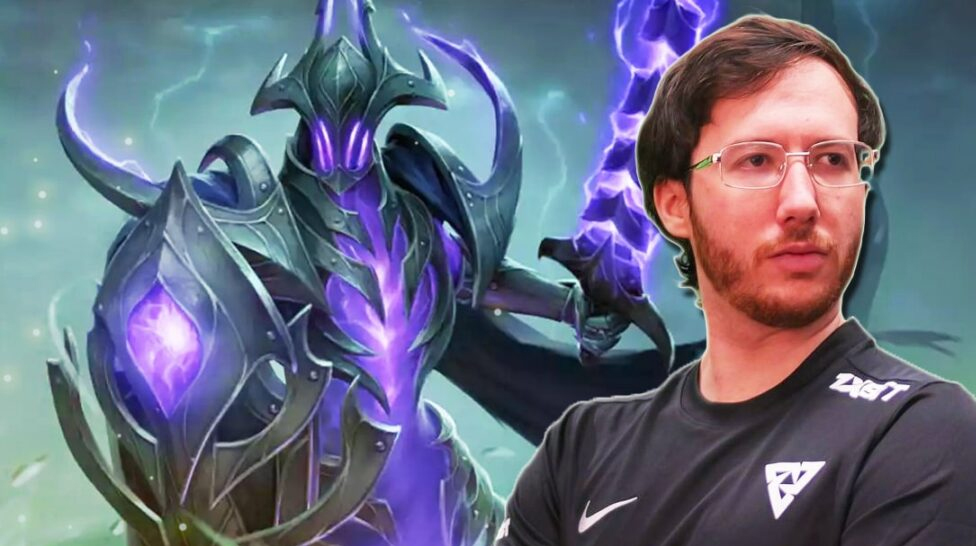 In the new patch, 33 began actively practicing Razor in ranked matchmaking. Interestingly, the player has not picked this hero before, but apparently, the patch changes prompted him to take a new look at Dota. In their games, Neta preferred Bloodstone to Razor, which no one had previously bought on this hero. Other professional players immediately noticed the build, which became widely used in tier 2-3 tournaments.

When it's better to pick Razor

Let's start with the analysis of the hero at the draft stage. This Razor is still relevant when choosing in the first stage because it dominates almost all matchups or is on an equal footing. The best allies for Razor will be melee heroes like Tiny, Earthshaker, Tusk, Clockwerk, and others. Most of all, as before, Razor dislikes playing against heroes that hit at long range and firmly push lanes, i.e. Morphling, Drow Ranger, Sniper, Terrorblade, Viper, and others.

Neta, like at TI, prefers starting purchases without Tango. His inventory contains 3x Enchanted Mangos, 2x Iron Branch, a Circlet, and Slippers of Agility. The skill build is still identical to the classic one: when the lane is dominant, we focus on Static Link (2-1-2-1-2); on the lanes where you need to stand on equal terms - we concentrate on Plazma Field (2-1-1-2-1). 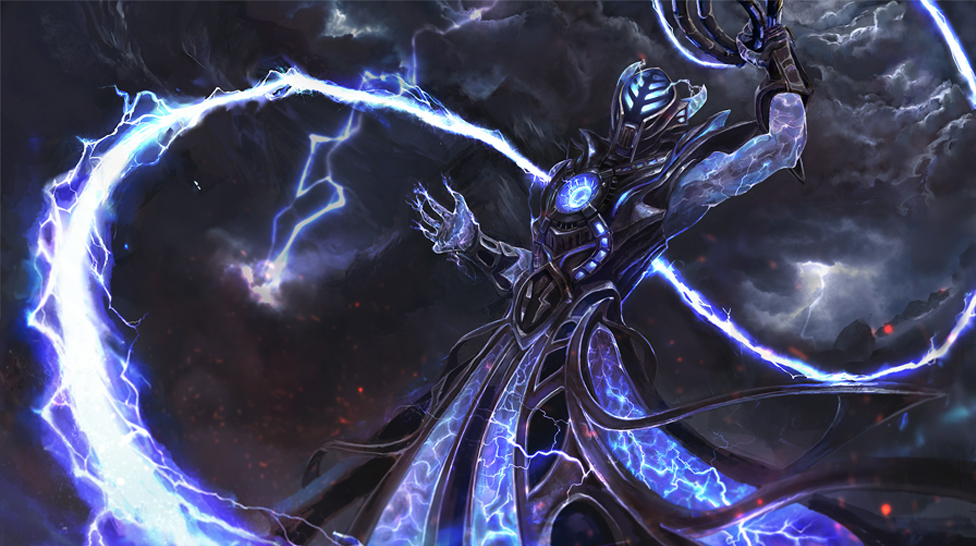 Well, let's get down to the most interesting - the assembly. After the initial purchase, 33 delivers 2 Wraith Bands to increase stats. Next, a rather unusual choice is made - Vanguard and Arcane Boots. Ask why? It's simple, and this item helps to statically and safely stand the lane without sinking in resources. Beyond 33 gains the Aghanim's Shard buff. After that, we can dismantle these items and collect Bloodstone with Energy Booster and Vitality Booster. We buy Hood of Defiance and Eternal Shroud with the remaining Ring of Health from Vanguard. The rest of the items in the build depend solely on the situation.

How to play magic build Razor

Let's look at how 33 implements this build in the game. At the beginning, with many transitional items, he farms his lane for a long time because Razor, with such items, is unkillable on the 10th min. Then he also farms part of the enemy jungle. With such a purchase, 33 confidently imposes fights and leads the team behind him. All the power of the build is embodied with the acquisition of Aghanim's Shard and Bloodstone because with these items, the hero becomes very strong due to vampirism, like Leshrac, all abilities work regardless of whether Razor is stunned or not.

Let's sum up the above. This build helped the hero to reveal himself in a new role. Vanguard made the hero less vulnerable to heroes that kill from a distance. Bloodstone and Aghanim's Shard make the hero absolutely invulnerable. Again, we're sure that this game has no limits, so it's clear that new ideas and creativity are good for it.

How do you feel about this 33's build? Write your thoughts in the comments! Share your minds with Cyber-sport.io. Subscribe and follow the latest eSports news!

CS:GO
Guides
John Dow
Economy in CS:GO: guide
Each participant in a CS:GO match begins with the same amount, $800. Money is produced by successful activities like killing someone or planting/defusing a bomb. Even when a team loses a round, they still make money, although the amount is much lower. Losses are also beneficial. The basic rule is that your team will have more money if it is more successful from round to round. Let's talk about how to make it.
Comment
December 22, 2022 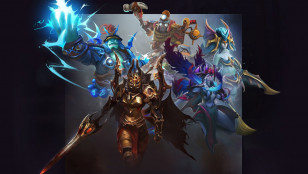 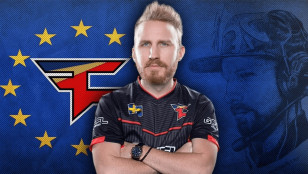 CS:GO
Players
John Dow
Olofmeister - the face of Scandinavian cybersport
Comment
October 07, 2022
CS:GO
Q&A
John Dow
How to peek like Pro's?
Today you will learn how to peek correctly in CS:GO in 2022. You will read what a peek is, the psychology of a peek, the types of peeks and their advantages, and how to peek correctly in CS:GO. The speed with which this information is assimilated and applied in practice depends on you and your skill. To increase your chance of knowing everything about the peak - read this article to the end.
Comment
September 28, 2022
CS:GO
Tactics
John Dow
Tricks that you should know T-side
This article will teach you many cases that will help you in the game playing T-side.
Comment
October 16, 2022 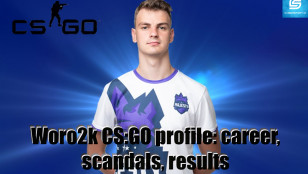 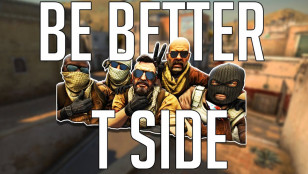