How much do CS:GO skin creators make?

John Dow
Author CyberSport.io
8 min read
If you are an artist and want to find your dream job - game designer. Do you want to make cash? Do you want to turn your hobby into a profession? What do you know about those people who gave us a lot of skins that we see every day? How much do skin creators earn? Who draws knife skins? How does Valve decide on the quality of skins? 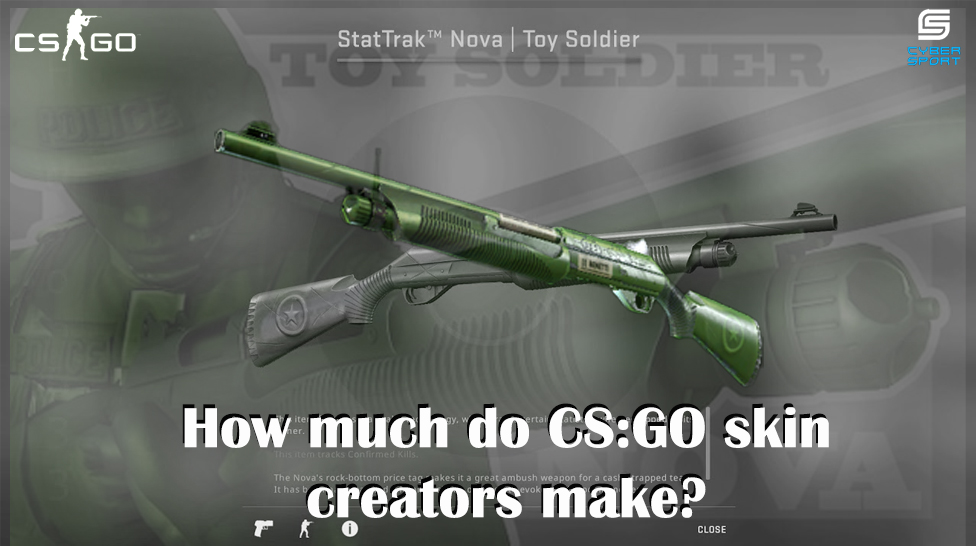 In this interview, we have prepared a lot of information to introduce you to this highly-paid, fantastic industry. Vladimir, 34, creator of the Nova skin: Toy Solider.

What were your most significant projects?

I have been freelancing all the time, and therefore I cannot boast of an exquisite portfolio. The most significant merit I appreciate is that my skins are used in games.

Designers are a considerable part of the video game industry. This profession is in high demand because each pixel affects the economy and the reputation of serious companies. Usually, only well-known designers with big names are involved in such large projects, but Valve gives such an opportunity to absolutely all designers worldwide.

Recommended to read
1Shox to miss CS:GO Major for the first time in his career 215 interesting facts about skins in CS:GO 3KennyS, Kyojin, Oskar: latest reshuffles in CS:GO 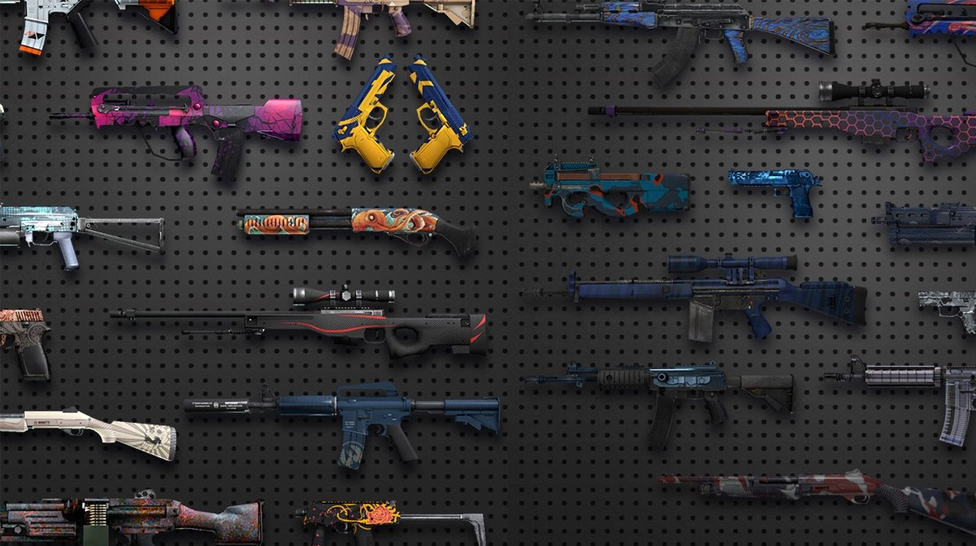 How much time did you spend on your skin?

Except for the training time, I did it in about one week. If a beginner tries to make a skin of this level, he will do it for 1-2 months

If you want to see it as your future job, you should be ready for long scrupulous work. Have you heard about the comparison between artists and mechanical watchmakers? If there is even one mistake, the mechanism will not work, people will not appreciate your product, and big companies will not cooperate with you.

How much is your skin worth?

To be honest, I don't know. I don't make any money from sales. All earnings I receive from the purchased keys. The key must be purchased from Valve, not on the Steam Marketplace. I get part of the income from this

Vladimir is talking about sales of an in-game product. It's a little different. According to the Payscale, a novice game designer in the US earns around $4,600 a month, and a lead game designer makes $7,800. In this case, the designers enter into a contract with the organization and receive payment depending on the number of product purchases. Artists are often involved in various game projects on a long-term basis, and this is the way to make a steady income.

How does Valve determine what quality a skin will be?

Vladimir: Very simple - in terms of colors. If the picture is bright and catches the eye, then it will be a more expensive skin. If the image is darker, it will be cheaper. It would be a mistake to underestimate dark skin. Many of these are made much more complex and exciting than flashy skins

Regardless of the quality of the skin, artists receive equal earnings. The authors of each appearance received an average of $100,000. The company did not prohibit the offer of several of their works at once, which the Spanish artist used under the nickname Druida, whose skins won twice. 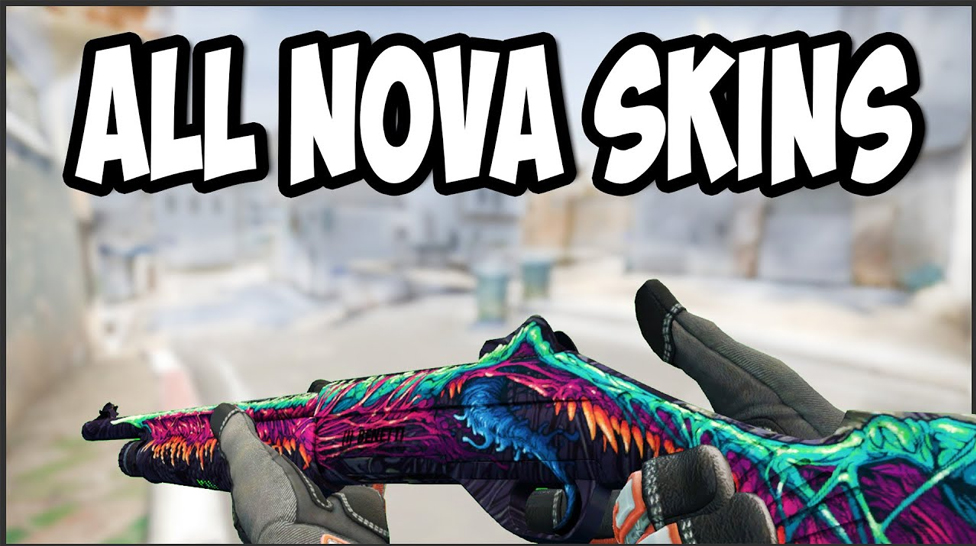 How much have you earned in this field so far?

You must understand that getting into a new case is like a lottery. Many excellent designers who deserve it have been years since they could do this. They have professional work and several million views on the workshop site. Vladimir managed to do this three years later.

What happened to the M4A4 Howl?

Around 2013, Valve added the first skins. Then there needed to be more quality. Many simple low-quality skins were added at that time. Suddenly, an M4A4 appeared with a beautiful bright dragon pattern. The Valve, of course, accepted this skin. More than 1500 people had already received this skin before the moment when the real author of the skin saw it

Plagiarism is the worst evil in today's scientific world. This phenomenon is actively fought at all levels. Ordinary people won many court cases in which large companies were the offenders. Plagiarism in the world of video games is strongly suppressed and severely punished. If you want to avoid big problems - rely only on yourself and refrain from stealing intellectual property.

For Valve, this was the first time someone else's design was stolen and used for skin. Valve removed this skin from the case, and the drawing was redone. After that, the price of this skin went up a lot.

What advice can you give to newbie designers?

If you are not ready to sacrifice your personal life, to take a risky step in which you can lose everything - I do not advise you to do this.

If you want to succeed, we have prepared the main rules for you:

What do you think about Nova Toy Solider? Do you find the work of game designers painstaking and hard? Name 3 of your favorite skins. Share your thoughts about this event in the comments with Cyber-sport.io., as well as on our social networks. Subscribe and follow the latest eSports news!

CS:GO
Game Reviews
John Dow
Last security guard of the Agency map
Absolutely every scuffle in the CS:GO world has its own logical backstory. Whether it is a hostage-taking at an office or a munitions explosion at an Inferno, we always have an official description of what led to the landing of a particular unit at the side. However, the game always starts from the moment the terrorists have already entered the location. And agree that it is extremely strange that they get to the protected objects without receiving the slightest resistance. Or rather, hardly at all.
Comment
October 15, 2022 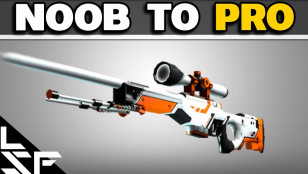 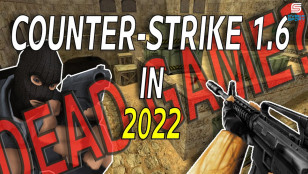 CS:GO
Game Reviews
John Dow
Is Counter-Strike 1.6 still alive in 2022?
Comment
January 11, 2023
CS:GO
Guides
John Dow
How to clutch on CS:GO: 8 patterns that lead you to victory
Do you know in what situations you show your full potential? 1x3 games make you stressed? After reading the following article, you will change that. Clutches are the most exciting and essential part of CS:GO. You will always have an advantage if you know how to handle solo situations. How to improve this skill and eight main rules for winning in a clutch. How to become an unkillable, unpredictable player who doesn't care how many opponents play against him. In this article, you will read about it.
Comment
December 21, 2022
CS:GO
Players
Jonathan Trellow
SDY - "high way" to Natus Vincere
Victor "SDY – Somedieyoung" Orudzhev - 25 years old Natus Vincere player. "SDY" came to replace ex-captain Kirill "BoombI4" Mykhailov, quite well proved himself and has won Blast 2022 Spring, together with NaVi.
Comment
August 24, 2022 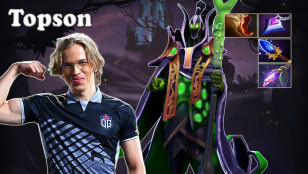 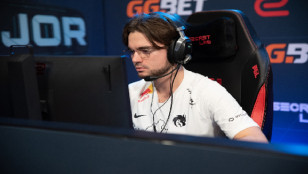