The best way to play Slardar in 7.32d patch

John Dow
Author CyberSport.io
7 min read
A descendant of snake-footed creatures that live in the depths and guard many sunken cities. Do you know who it is? That's right, and it's Slardar. Today we will discuss this hero and all the nuances and secrets of playing him. Let’s roll! 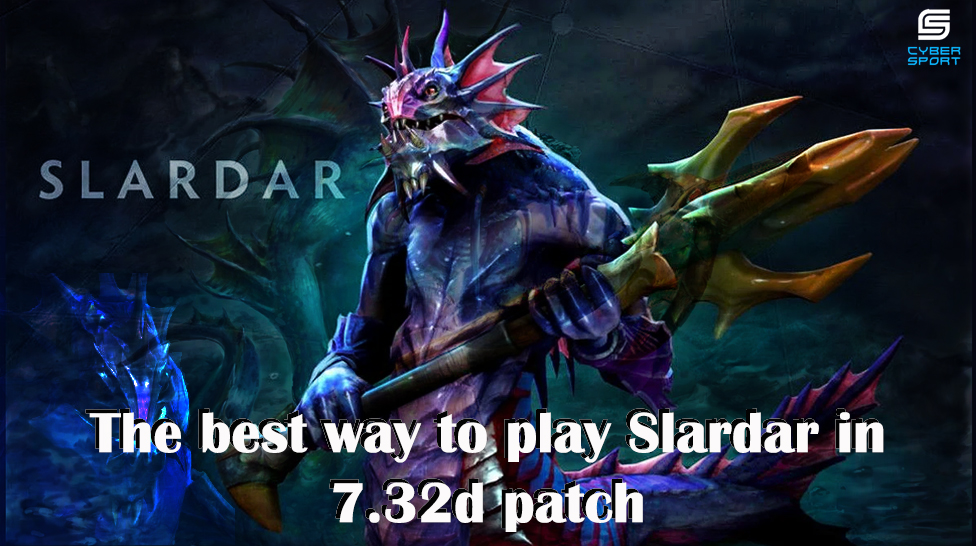 Today, Slardar is not the most frequent guest in matchmaking or on the competitive scene. In the last few patches, the developers have strengthened all Slardar's abilities, so the hero becomes quite strong in certain game situations. Slardar has a win rate of 53.2%, which is a perfect number for many games. Cyber-sport.io prepared a short review on how to use this hero potential to the max regardless of the situation on the map. 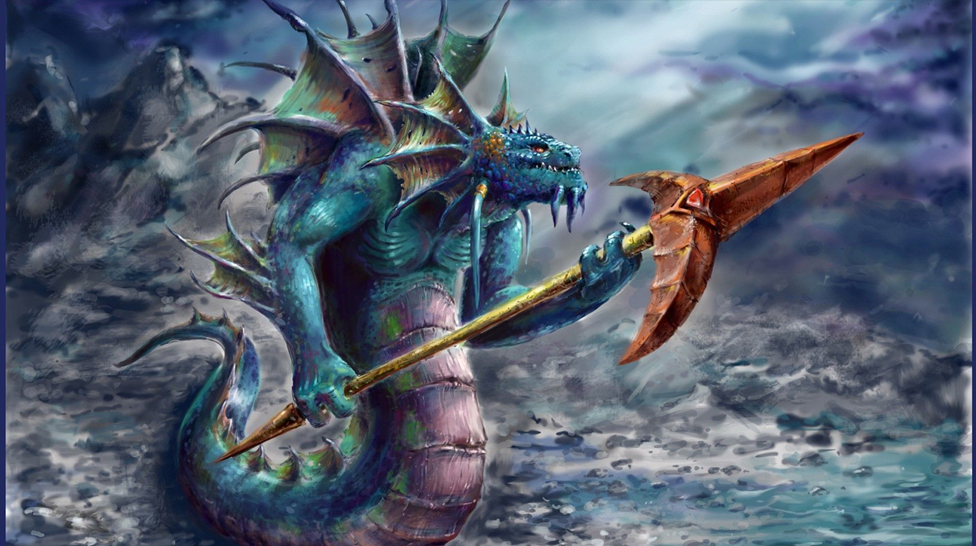 What lane is Slardar?

As previously stated, the hero's potential is to cause physical harm. Slardar also depends on a good lane because he only farms fast if he gains enough net worth early. Slardar has two lane options: offlaner or carry. The best heroes against Slardar are summoners, illusionists, or just heroes with high armor: Naga Siren, Terrorblade, Troll Warlord, Beastmaster, and others.

The best allies will be heroes with a high potential for dealing physical damage or armor reduction: Tusk, Vengeful Spirit, Io; by game: Razor, Shadow Fiend, Templar Assassin, Lifestealer, and others. In farming, the hero is quite flexible, you can play greedily, but there is also the option to adapt to others. 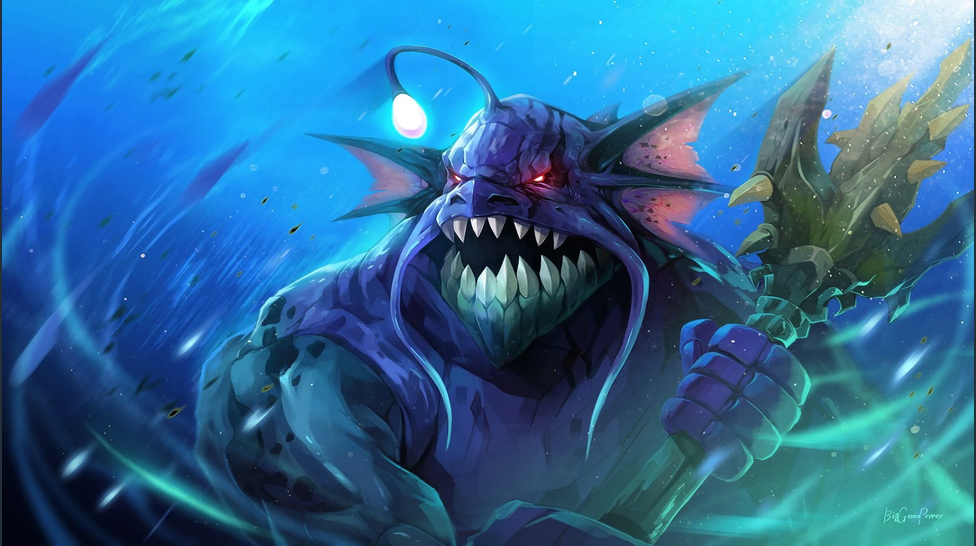 We quickly purchase Bracers/Wraith Bands (Circlet, Gauntlets of Strength), Tango, Quilling Blade, and x2 Iron Branch in the initial purchase. On the lane, we try to finish off the range creep with the help of Slithereen Crush or with the charge of Bash of the Deep. If the situation allows, we go into active size against heroes with low armor.

On lanes against counter-picks, we play on our farm without aggregating. The skill build is always almost identical, with priority on Bash of the Deep (2-3-3-1-3). In some situations, when you are attacked and weaker, you can take the Guardian Sprint earlier, at the second or third level.

There are two types of item builds on Slardar. Carry build: when you don't have a greedy pick and no counters against you. First and foremost, we must obtain the Mask of Madness/Hand of Midas. Next, we collect the Black King Bar to gain magical resistance because our hero is highly contacted, and opponents will try to push a lot of abilities into him, or you can collect the Blink Dagger up to the BKB, which will help you enter the fight and focus on the desired target. Then, Moonshard or Assault Cuirass can be used to boost carry potential. Also, remember Aghanim's Shard.

The second variability: is in games where there are already greedy heroes and counter-picks against you. We collect Vanguard if a heavy line. We also collect Power Treads, an early Blink Dagger, Black King Bar and Aghanim's Scepter. Also, remember Aghanim's Shard and the ability to collect team items. 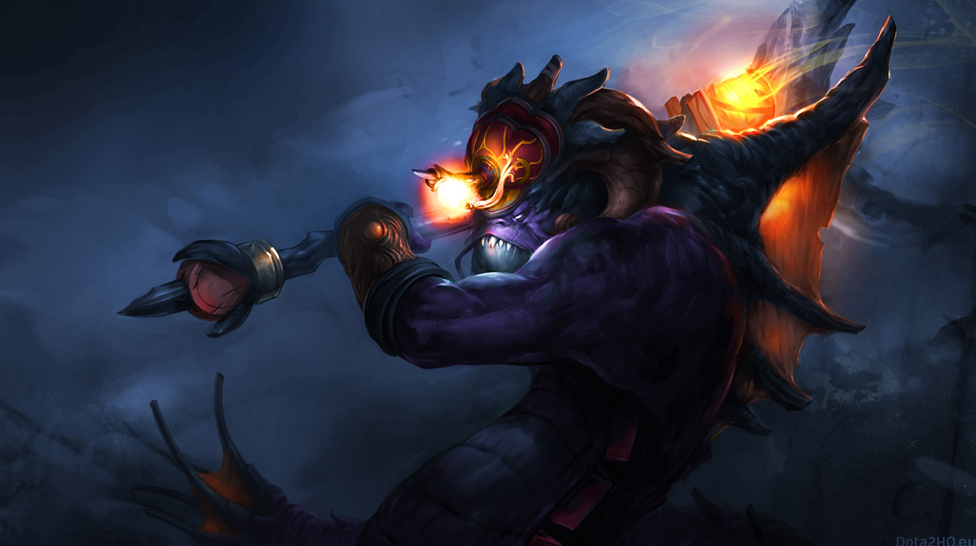 Our power spikes are primarily dependent on our items. With a carry build, we farm Mask of Madness/Hard of Midas, Black King Bar/Blink Dagger, and can actively participate in team strategies. With an offline build, it is enough for us to buy a fast Blink Dagger, and we can do some action on the map. An essential option of Slardar is the potential to kill Roshan quickly, and the whole game is based on this hero because he doesn’t push lanes quickly and doesn’t break towers, so you need to use his strengths.

For a carry build where we do all the damage from auto-attacks, we take all the talents that increase this potential. At level 10 -3s Guardian Sprint Cooldown. At level 15, +50 Bash of the Deep Damage. At 20 -4 Corrosive Haze Armor. At level 25 Corrosive Haze - Undispellable. 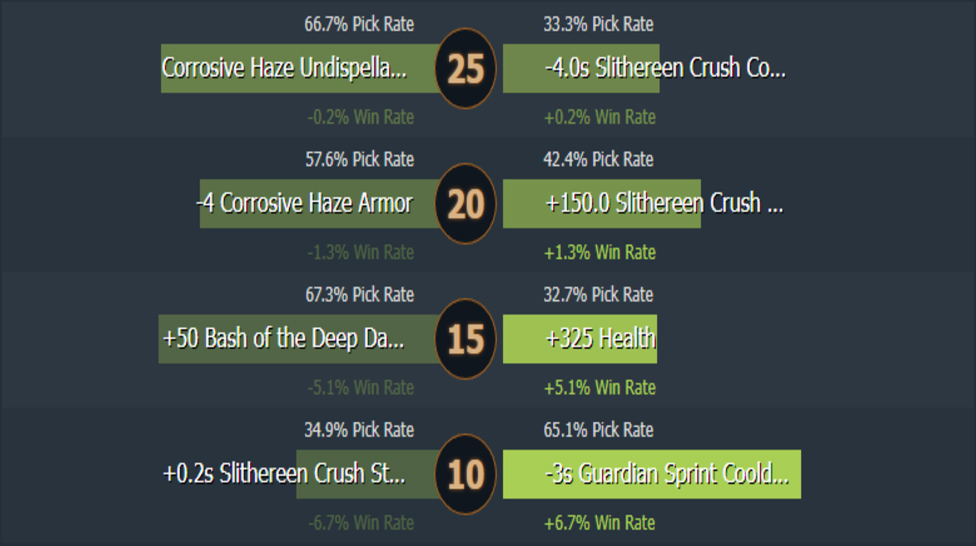 Slardar is a powerful but situational hero. If you learn how to use the hero correctly, he will bring a lot of ratings. He has already begun to pick on the first position among professional players, which indicates a demand. When did you ever play Slardar last time? Share your minds with Cyber-sport.io. Subscribe and follow the latest eSports news!

Dota 2
Cosplay Feed
John Dow
Dota 2 Luna Moonfang cosplay by Fishy
Riding swiftly into battle, Luna tears into her enemies with attacks able to bounce between targets. When foes threaten, she calls down the power of the moon as a single searing beam or as a lunar barrage, crushing those who stand against her.
Comment
October 18, 2022 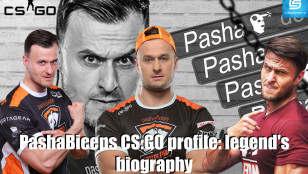 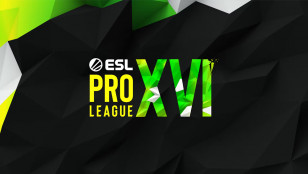 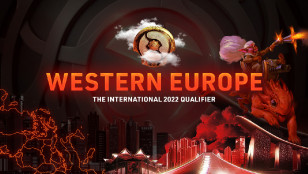 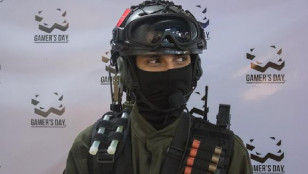